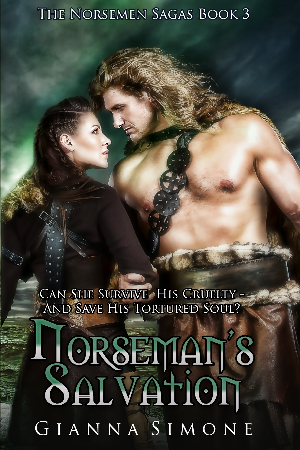 Can She Survive His Cruelty - And Save His Tortured Soul?

Jolinn Gallarsdottir has trained hard to become a fierce shield-maiden. Hoping to impress Brosa Sorensson with her skills, she seduces him when he is vulnerable, in an attempt to win his heart as well.

Wracked with guilt over his failure to save his men, Brosa has spent many months attempting to restore his honor and once more gain the blessings of the gods. The goal is pushed farther out of his reach when he beds Jolinn, tarnishing his reputation further. He vows never to let it happen again, though he cannot escape his thoughts of a dark-haired temptress with a sexual appetite to match his own.

When Jolinn's request to go raiding with the men is rejected, she stows away, disobeying her father's orders. As punishment, she is given to Brosa as his slave. Vowing to prove her worth as a warrior and his equal, she defies him at every chance.

Determined to dominate Jolinn and bend her to his will, Brosa soon finds himself enjoying her fire and their battles lead to more passion. But when the gods ask him to make the ultimate sacrifice, will everything between them be destroyed? 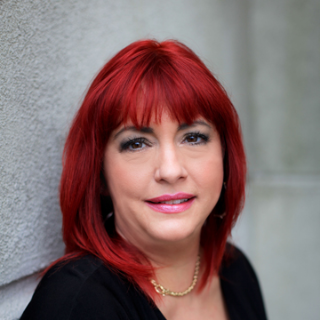 I'm a proud born-and-bred Jersey Girl with Brooklyn roots. And I still live where it all started - I married my very own alpha male eons ago, and have an amazing college-age daughter as well as an adolescent hockey-playing son who charms and frustrates me at every turn. I love to read and write hot, sexy and emotional stories about people both glamorous and not-so-glamorous. Be warned - some of my characters are even downright un-heroic, which is part of what makes them so interestingly sexy, in my opinion!

On the rare occasions I'm not writing, you can catch me poking around in my other favorite twisted historical worlds of Sleepy Hollow, History Channel's Vikings and Reign. I'm also a huge fan of Harry Potter, Highlander, Charmed, and DragonBall Z! Thank heaven for DVD's and streaming, so I can watch them over and over again, even if they're no longer running new episodes. And yeah, I know it's a strange fandom medley, but each one features some of the sexiest villains ever. Did I mention I love villains? lol And of course, let's not forget my beloved NY Rangers.