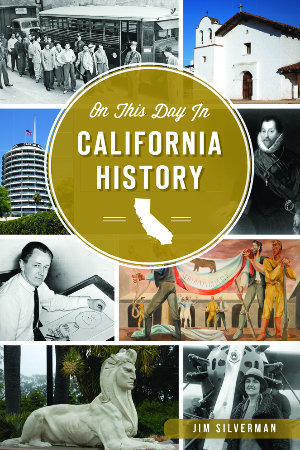 On This Day in California History

On This Day in California History contradicts the notion that “California doesn’t have much history.” Here we learn about Lola Montez, whose 1850s Spider Dance was thought so erotic some towns banned it. Who knew that Waldo Waterman created one of the first operational flying cars in 1937? Or that Wham-O ’s Frisbee was earlier known as a Flyin’ Cake Pan? Steve Jobs, Steve Wozniak and Ronald Wayne established Apple Inc. in 1976. Then Wayne got cold feet and sold his share. Big mistake. With a historical account for every day, Jim Silverman highlights unforgettable stories that shed light on what makes California unique.

HIGHLIGHTS Imagine how Black Bart, the so- called gentleman-bandit who robbed Wells Fargo stage coaches nearly 40 times in the 1880s, twice leaving doggerel poems behind, was caught. Who would guess that in 1905 an 11-year old boy invented popsicles by leaving a cup of water on his window sill with flavoring he’d stirred in using a stick and it froze overnight… then he remembered it years later as a father and shared it with his kids who called them “pop’s sicles.” And we should remember the 1928 collapse of the St. Frances Dam near Los Angeles. It unleashed a flood of some 12.5 billion gallons that killed 431 people — ending the career of its legendary builder who has a Los Angeles street named for him.

JIM SILVERMAN is a librarian, teacher, storyteller and authority on early California children’s books. He curates ThisWeekinCaliforniaHistory.com, a project designed to become a digital playground where people can have fun using the tools of historians and geographers. He enjoys speaking at schools, bookstores and on radio. Follow his progress on Facebook. 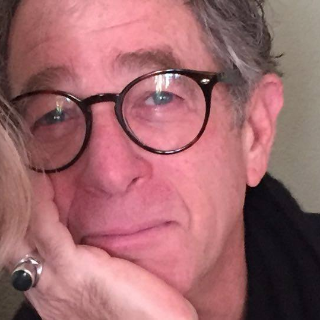 Jim Silverman, native of New Orleans but adopted son of California, shares his passion for history through storytelling, facts that connect the dots and conversations about helping kids develop the skills of historians so that they can practice the craft.

On This Day in California History is part of a larger project: http://ThisWeekinCaliforniaHistory which Jim is developing into a digital resource for the half-million 4th grade students of California history as well as all the other folks who like knowing what happened today in the past.

He speaks at schools, libraries, bookstores, historical societies and lectures at colleges and universities.