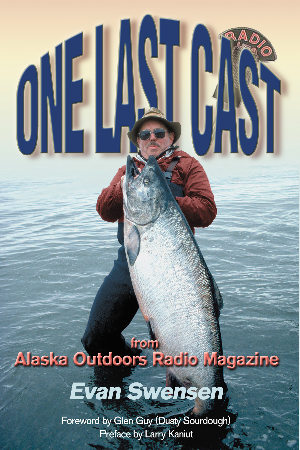 Listeners of Alaska Outdoor Radio Magazine turned up the volume just a little as Evan ended his show with "And now before we close the show, there's just time for one last cast." One Last Cast is the collection of 120 of listeners' favorite one last casts. It's more than fishing Alaska. It's flying with Charlie's pilot, an early-morning walk on a deserted Kachemak Bay beach, digging clams, pulling crab and shrimp pots, taking pictures, keeping a campfire going, and watching and interacting with Alaska's wildlife.

Sometimes it's doing nothing -- taking time to just sit, relax, and enjoy the surroundings, breathing air so pure you can't see it, listening to the deafening silence of a still night, or feeling the immense size of wilderness on a clear day with unlimited visibility. One Last Cast is the genuine Alaska outdoor experience. 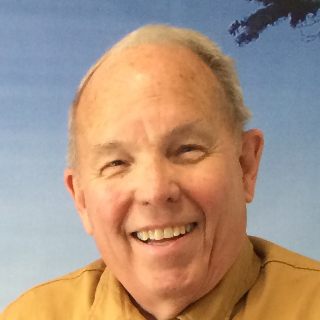 Evan, who lives in Anchorage, has 9 children, 24 grandchildren, and 23 great grandchildren. As a pilot, he has logged more than 4,000 hours of flight time in Alaska, in both wheel and float planes. He is a serious recreation hunter and fisherman, equally comfortable casting a flyrod or using bait, or lures. He has been published in many national magazines and is the author of five books, One Last Cast, Angler's Guide to Alaska, and Hiker's Guide to Alaska, Becoming A Published Author, Bringing Your Book to Market, and publisher of more than 700 books by other authors.

Evan claims to have the best job in the world; he gets up in the morning, puts on his fishing vest, picks up his fly rod, kisses his wife goodbye, tells her he's going to work--and she believes him.