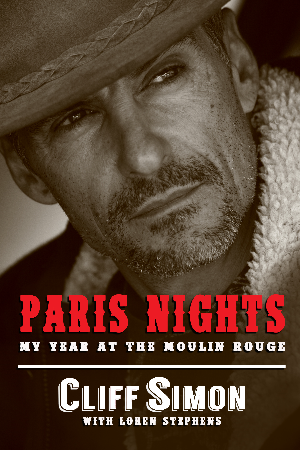 Paris Nights My Year at the Moulin Rouge

Leaving Johannesburg, South Africa for the City of Lights, Cliff Simon rises through the ranks from swing dancer to principal in the review, “Formidable” on the stage of the iconic Parisian cabaret, the Moulin Rouge. We follow him through his rigorous paces and out onto the streets of Pigalle, up to the butte of Sacre Coeur, and into private members-only clubs. After a year he returns to South Africa, and earns a starring role as the suave entrepreneur Mitch Mitchell in the television drama, “Egoli: Place of Gold.” After eight years he returns to Paris and thanks the City of Lights for the best year of his life. 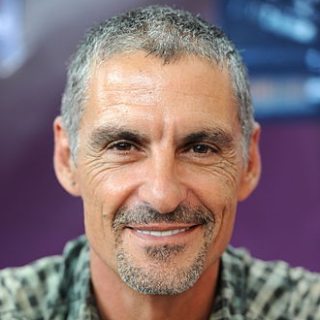 Cliff Simon was born in Johannesburg, South Africa and is an Air Force veteran and International athlete. At a very young age, Cliff competed in Olympic trials and qualified for the 1984 Olympics in Los Angeles. He was offered swim scholarships to Houston University and Southern Methodist University in Texas, but returned to South Africa were he entered the Air Force. He continued his swimming and achieved the highest athletic award given in the Air Force, the Victor Ludorum.

As an actor living in Los Angeles since 2000, he realized his dream of becoming a USA citizen. He's taught windsurfing and water-skiing and performed all over the world in stage productions as a dancer/acrobat as a principle performer at the world famous Moulin Rouge Theater in Paris in 1989 which is the subject of his book, Paris Nights: My Year at the Moulin Rouge.

Cliff worked as a model actor in series like Egoli - Place of Gold, Nash Bridges, Stargate SG1 and the movie, Continuum. His latest film 'Project Eden Vol 1'(Best Vision Award at the Boston Film Festival) has a USA theatrical release in Jan 2018 and he is getting ready to shoot Vol 2 in 2018. When Cliff is not working you will find him racing dolphins on his kite board or surfing a wave off the beaches of Malibu.