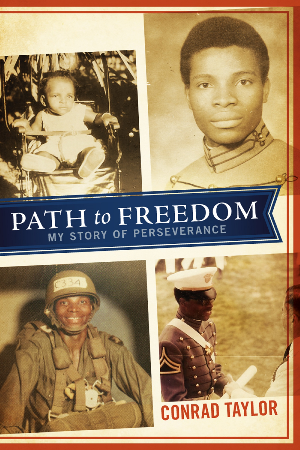 Path to Freedom – My Story of Perseverance

If you like nonfiction that reads like a suspense novel, multiple award-winning PATH to FREEDOM: My Story of Perseverance is for you. Witness what happened after its author unwittingly returned, upon graduating from West Point, to a government which had become a dictatorship - overnight. Its leaders obsessed about him being a spy for the United States - because of West Point. The Smithsonian displays the historically-accurate, coming-of-age memoir in its Anacostia Museum Library because of its insightful perspective.

Little about Conrad Taylor's upbringing in a vibrant remote mining town - deep in impenetrable tropical rain forests of Guyana, South America - prepared him for West Point. An extraordinary opportunity for most, attending the highly-regimented United States Military Academy was a life-changer for him. Enduring culture shock, navigating rude awakenings, and surviving the rigorous West Point Experience hardened Taylor for dealing with an anti-American, totalitarian government fearful of the young graduate being in cahoots with the United States to effect regime change. His was the impossible task of proving that he was not - or else!

PATH to FREEDOM: My Story of Perseverance offers a ringside seat to the cultural trauma of emigration, the unique experience that is West Point, the personal side of superpower geopolitics, and the mayhem of Third World politics. The narrative charts a sometimes-humorous journey of resilience, hope, survival, and love. Its revelations will be nostalgic for some, shocking to many, and enlightening for others. Its subtly-threaded love story will enchant - at the very least. PATH to FREEDOM has a simple proposition. Fly-or-die! 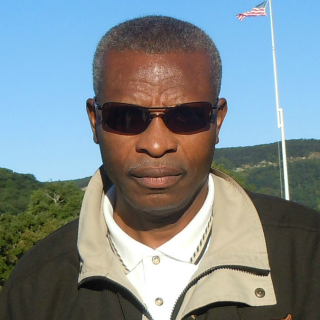 Conrad Taylor is a West Point and MIT graduate, whose multiple award-winning memoir, PATH to FREEDOM: My Story of Perseverance is at The Smithsonian. The renowned Institute selected the historically-accurate, coming-of-age memoir for display in its Anacostia Museum Library because of its insightful perspective.

Taylor grew up in a remote mining town in the upper reaches of the Amazon rainforests in Guyana, South America. His was an ordinary upbringing, until the extraordinary happened. Conrad won a coveted scholarship to the United States Military Academy in 1969. Attending the highly-regimented institution during the height of the Cold War, the Vietnam conflict, and the 60s counterculture upheavals thrust him on a life-or-death collision course with a paranoid dictatorship after West Point - because of West Point. He barely escaped its grasp.