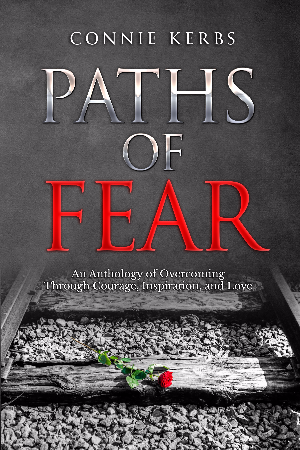 Paths of Fear – An Anthology of Overcoming Through Courage, Inspiration, and Love

Paths of Fear is a unique anthology which explores that universal and misunderstood experience we call fear. This enjoyable read is part psychological, part informational, and all inspirational. It is largely personal narrative, a sprinkling of poetry, and all entertainment. Paths of Fear explores a broad range of fears from that which manifests in screams of sheer terror, to that immobilizing, fear-ridden freeze we all understand.

This survey sheds light on that deep, dark discouragement that reminds us of how we might fall short or "fail.” It exposes furtive beliefs sometimes rooted in us that we, "aren’t enough;” a destructive idea cultivated in toxic environments which erode us from the inside out. Thought-provoking narratives highlight many faces of fear with the sensitivity and insight of real experience. A wide variety of real-life examples are offered up on how others have dealt with fearful things and fearful places in life. Some of these circumstances have called for a long endurance, with dignity and grace; others required a special kind of strength and defiance. All are examples of facing fear, on one’s own terms, inspiring in their own right.

This part psychological dive, part self-help, and part spiritual essay spotlights the true antidote to fear - love, of one kind or another. Secularly accessible, but decidedly faith-based, Paths of Fear de-masks the monsters of circumstance, and sheds light on some of the darker recesses of life experience. It is a pleasing, poignant reveal of courage, faith, and modern knowledge balanced with age-old wisdom. Paths of Fear encourages us to rely on our best, healthy sense of true self, and a heartfelt love for others. It's a collection to inspire readers down paths of faith and hope and to encourage anyone through trials of fear they must overcome. 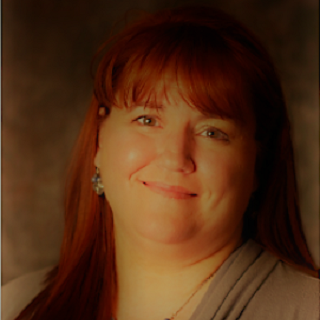 On having a dear grandmother who early encouraged me to peruse her upstairs library: this was a glorious haven, chalked full of vintage music, historical collections, and a most excellent selection of children’s and grown-up literature. It was here I met the likes of Caldecott and Newbery classics, diverse and numerous poets, composers, story-telling icons, and so many other inspirational giants. Indeed, I was irrevocably impressed.

On having an antique, script, manual typewriter tossed my way, early on - precociously early on in the second grade: it was a fateful, magical experience. This dandy little machine called to me, all the while nurturing my budding infatuation with language, words, and the art of story-telling with them. Complete with margin bell, manual return arm, and rhythmic clicking, its script font simultaneously soothed and spurred my imagination. It became a magnetic conduit for the reservoir I discovered within. The ease with which it enabled my thoughts to flow out of my fingers onto the bright, white pages, spattering them with velvet black letters, which became words, which became sentences, which became paragraphs, which became pages, which became stacks and stacks of stories - was no small joy to me.

On being married to my childhood and high school sweetheart, and best friend for nigh to three decades at this writing: I am indescribably grateful for our incredible journey together. Certainly, in this exquisitely yoked companionship, we have been honed and humbled just as we’ve been bathed in bliss. It is a love and mutual devotion I find to be of such a precious nature to me I surely fail at uttering anything adequately descriptive of its depth and quality.

On being a foster parent for a quarter of a century: this means bevies of babies and bus-loads of youth of all ages and backgrounds have graced our home, profoundly altering our world. With 13 ultimately adopted and three procured the conventional way, this means we are forever owned by no less than sixteen of the most amazing souls imaginable.

On my family, friends, love story, Walk of Faith, and ALL the kids: These have all just made for the juiciest of lives and the ultimate “beautiful mess,” – a term often employed in the midst of our living life to its fullest and most accurately used to describe such a crazy-wonderful menagerie. (conniekerbs.com).