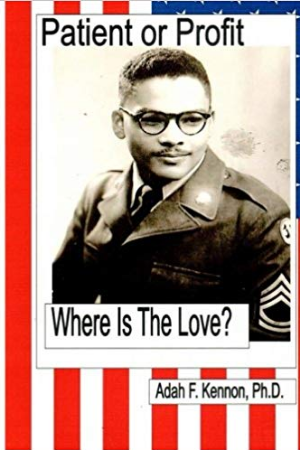 Patient or Profit – Where Is The Love?

Love, Betrayal, Commitment and Courage. A young African American soldier took an oath to defend the people and the Constitution of his country. Today, he has kidney disease and is on hemodialysis. He needed life-saving prescription medication. But, this honorably retired Army veteran's sacrifice was betrayed in the name of profit to satisfy the appetite of the Chaos Cohorts (the U.S. Government, Big Pharma and the Health Care Industry). His caregiver understood and struggled to protect the "love of her life." This is the true story of their journey to get him what he needed to survive.

The book is a survival manual and empowerment tool. It provides information regarding kidney disease and dialysis, and also includes a discussion of social/political and economic factors (1940's to present) contributing to a climate of mistrust of the health care system by African Americans and mixed race populations. The author shares strategies to successfully navigate '"the prior authorization process" which can determine whether or not a patient lives or dies. Key factors impacting approval or denial of requests for prescription medications and services made through this process are discussed in detail and a "Formula for Success" to overcome barriers is included.

Patient or Profit: Where Is The Love? has received special recognition in the ROCKET (Summer Edition, 2018 - a publication of ROCKS, Inc. - the premiere organization for Army Officers, Warrant Officers, and Department of the Army Civilians.' 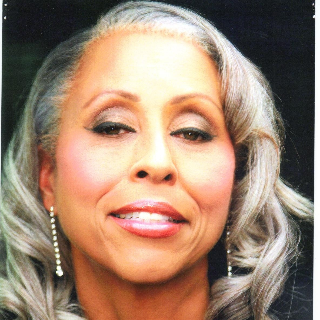 Born in Houston, Texas, Dr. Adah F. Kennon also lived in northern California and Maryland prior to settling in Las Vegas, Nevada in 1990. After working for 31 years in three states as a School Psychologist and Counselor (kindergarten through college levels), she entered the entertainment industry in 2012.

Dr. Kennon started Sheba Enterprises, and began to broaden her performance skills in the areas of acting and voice over acting. Dr. Kennon gained broadcast skill experience on radio through her affiliation with several local radio stations where she delivered numerous public service announcements and commercials, and frequently served as show host. In addition to her work in the studio, Dr. Kennon is recognized for her skills as an audio-book narrator and producer, and as the producer/host of "Possibilities with Dr. Adah Kennon," a weekly hour-long motivational and inspirational radio talk show.

Dr. Kennon holds four advanced degrees in the areas of Psychology, Education and Counseling (3 Master's Degrees, Ph.D.), and is also a Certified Clinical Mental Health Counselor. She has been recognized in ICE Magazine (Inner Circle Executive Magazine for High Achieving Business Professionals, Continental Who's Who, Autumn 2014) as a Pinnacle Professional, “Top Professional Woman.” She has been featured in Top 100 Industry Experts in America Magazine (National Association of Distinguished Professionals, Covington Who's Who, First Quarter Edition 2014).

Dr. Kennon has competed in body-building competitions, appeared as a run-way model for several charity events, and been featured in a body building magazine. She enjoys traveling, gardening and helping her husband, Dr. Walter B. Hammond, with his stress management and self-hypnosis business. She currently assists her husband as his caregiver as he fights his battle with kidney disease and dialysis. Dr. Kennon can be contacted via email at: skitldu@gmail.com.