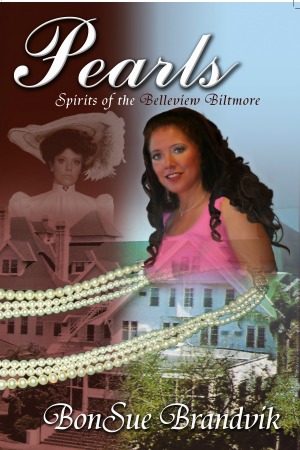 Software developer Honor Macklin believes she’s equal business partners with her philandering ex-husband, but when family responsibilities take her to Florida, she discovers her ex may have cheated her in more ways than one.

Spirits at the historic Belleview Biltmore Hotel try to help Honor by invading her dreams to share memories from the life of Darcy Loughman, a young Victorian woman with big problems of her own. As the two worlds collide, Honor and her new lover, Josh, along with his clairvoyant four-year-old son, try to figure out how Honor can use lessons from the past to change her destiny.

“Pearls” is Book One in Brandvik’s “Spirits of the Belleview Biltmore” series. It is currently available in paperback, e-book and audio formats. 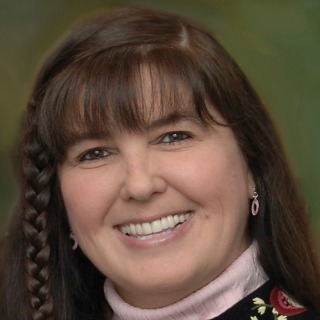 Born in St. Louis, MO, BonSue Brandvik moved to Florida nearly four decades ago. After she and her husband, John, built their home in Belleair, she became intrigued with local history, and in particular, the cause to save the historic Belleview Biltmore Hotel from demolition.

Although the fight to save the hotel was lost in 2015, she is determined to maintain a record of the hotel’s grandeur and its impacts on local development, by including historic details within the story lines of a four-book series, titled “Spirits of the Belleview Biltmore.” The first two novels in the series, “Pearls” and “Ripples,” are currently available in print, e-book and audio formats, and she is hard at work on the third installment, “Redemption.”

BonSue also wrote and illustrated an educational, interactive children’s book, titled “Where Do You Live, Exactly?” which uses the principle of the Russian nesting doll, to reduce the size of the universe one page at a time, until at the end of the book, the child reaches his/her own home. And she wrote “Coal for Christmas,” which is a story about two little boys whose names are on Santa’s Naughty List. When one boy turns all the toys in Santa’s sack into lumps of coal, it’s up to the other boy to help save Christmas for his little brother and all the other Nice Children.

BonSue offers to speak to local groups about writing historic fiction and creating alternate realities. She also leads a writers' critique group, and helps the elderly record their memories for posterity. When not writing, BonSue enjoys photography, gardening and spending time with family.