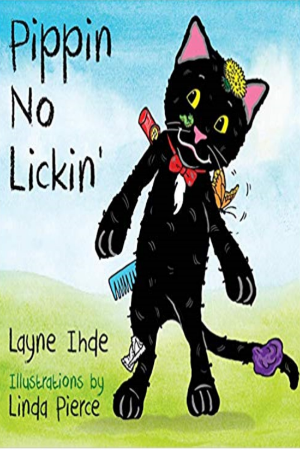 Pippin the cat wouldn't take a bath. Because he wouldn't, all kinds of funny (and stinky!) things get stuck in his fur. His parents try to convince him, his classmates beg him. Will he realize that his actions have consequences on others as well as himself?

Pippin No Lickin' is written in a rhythmic and rhyming triplet style that fosters emergent literacy and reinforces general literacy. It's how classics such as 'Twas The Night Before Christmas and How The Grinch Stole Christmas were written. Layne feels this style was crucial in his own developing love for reading and books and he wants to continue the legacy for future generations of picture book readers everywhere!

Pippin No Lickin' does teach lessons, but at its core, it is a fun and imaginative story that kids absolutely love! And that's what kids care about. This book has already become the "go to" book before bedtime for many children and they ask to read it or have it read to them over and over again.

He's also written and recorded a companion song Pippin Wouldn't Take A Bath with his kids' band The Happy Racers, which can be found on iTunes, Amazon Music and Spotify. 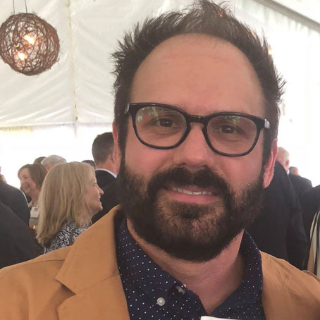 LAYNE IHDE is a self-described "crazy cat guy" that lives in Nashville, TN with his wife and two kitties, a white tabby named Lizzie (for "Elizabeth Bennett Princess Kitty Ihde") and brand new black kitten Pip (short for "Pippin" and also "Pip The Squeak"). He writes all different kinds of stories: children's books, songs, short stories, poems and is even working on a novel. He is a member of a kids' rock band called The Happy Racers, you can find out more about them at www.thehappyracers.com.

Layne once had a cat named Pippin. When he called, Pippin would come just like a dog. He could run really fast. He loved to play in the rain and snow. He had a fun personality and Layne loved him very much. Layne knew that someday he would write all about Pippin's adventures. That day is here.