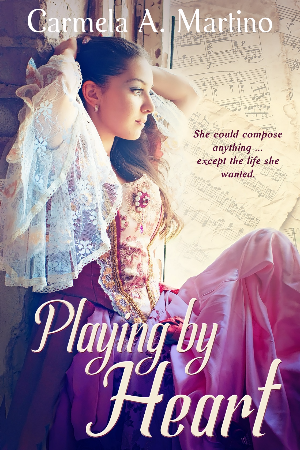 Emilia Salvini dreams of marrying a man who loves music as she does. But in 18th-century Milan, being the "second sister" means she'll likely be sent to a convent instead. Emilia's only hope is to prove her musical talents crucial to her father's quest for nobility. First, though, she must win over her music tutor, who disdains her simply for being a girl. Too late, Emilia realizes that her success could threaten not only her dreams for her future but her sister's very life.

Playing by Heart is inspired by two amazing sisters who were far ahead of their time--one a mathematician, the other a composer. At its core, the novel is the story of two teens struggling to follow their true calling, even when it conflicts with their father's goals. It's a clean historical romance appropriate for ages 12 and up. 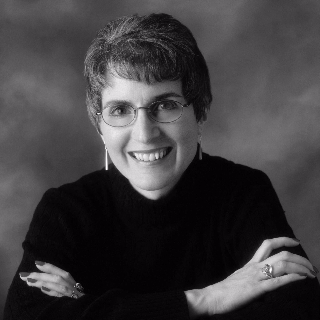 Carmela Martino is an author, speaker, and writing teacher. She wrote the middle-grade novel, ROSA, SOLA (Candlewick Press), while working on her MFA in Writing for Children and Young Adults at Vermont College. The novel was a BOOKLIST "Top Ten First Novel for Youth" and received a Catholic Press Association Book Award in the "Children's Books" category.

Carmela's credits for teens and tweens also include short stories and poems in magazines and anthologies. Her articles for adults have appeared in such publications as the CHICAGO TRIBUNE, CATHOLIC PARENT and multiple editions of the annual CHILDREN'S WRITER'S AND ILLUSTRATOR'S MARKET. Carmela has taught writing workshops at the College of DuPage since 1998, and she blogs about teaching and writing at TeachingAuthors.com. Read more about her at www.carmelamartino.com