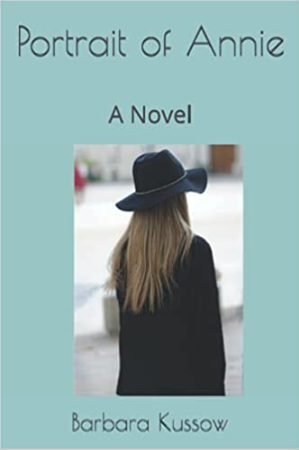 Portrait of Annie – A Novel

Portrait of Annie is a fictional biography. Ann Elizabeth Richards, born in rural Ohio in 1943 to a family of limited means, wins an art scholarship to the Ohio State University. The novel begins as she starts her academic career on the cusp of the Sixties, a decade that was dominated by controversy over the Vietnam War, the assassinations of John F. Kennedy and Martin Luther King, and civil rights struggles.

She develops romantic entanglements with a graduate student and a charismatic poet who is involved in counterculture activities.

Annie bears witness as a protest on the OSU campus reaches anarchic proportions and the Ohio National Guard is called in to quell the violence with tear gas and Billy clubs. The situation culminates with the closing of the University for a two-week period to prevent rioting after the Ohio National Guard opens fire on student protestors at Kent State University. She goes to the infamous 1969 Woodstock Festival and participates in the March on Washington. At the end of the decade, Annie decides to make portraiture her life work. She embarks on a stable existence, but her life is yet to be rocked by personal tragedies.

At its heart, Annie’s Story is about coping with loss, enduring, and eventually finding a measure of contentment.

Barbara Kussow is the author of a novel, Portrait of Annie, and two novellas, The Spencers of Ohio; an Abolitionist Family in the Civil War Era and The Merlin Subsidiary. She is a contributor to Writing after Retirement (Rowman & Littlefield, 2014; ed. by Carol Smallwood and Christine and Christine Redman-Waldeyer). Her short fiction has appeared in online and print venues, such as The Storyteller, Wild Violet, and Mysterical-E. Poetry has been published in Kaleidoscope, Dos Passos Review, Hospital Drive, Wild Violet, Months to Years, and other literary magazines. Essays and book columns have appeared online and in local papers. Personal web site: www.bkussow.com