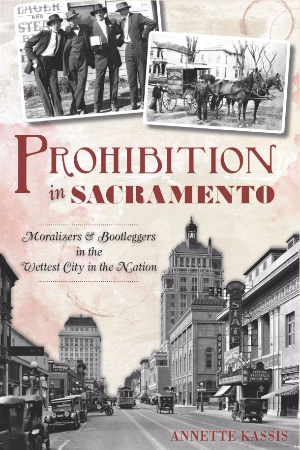 Sacramento's open opposition to Prohibition and ties to rumrunning up and down the California coast caused some to label the capital the wettest city in the nation.

The era from World War I until the repeal of the Eighteenth Amendment brought Sacramento storied institutions like Mather Field and delightful surprises like a thriving film industry, but it wasn't all pretty. The Ku Klux Klan, ethnic immigrant hatred and open hostility toward Catholics and Jews were dark chapters in the Prohibition era as Sacramento began to shape its modern identity.

Join historian Annette Kassis on an exploration of this wet--and dry--snapshot of the River City. 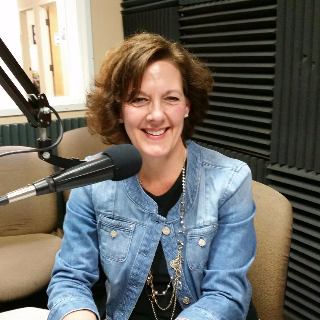 In addition to her work in public relations and marketing in Sacramento, Annette Kassis is a historian specializing in the Western United States, particularly the Greater Sacramento region and Northern California.

She appears as a commentator in the 2015 documentary “The Sacramento Picture,” has appeared on C-SPAN’s Book TV, and has been a repeat guest on Capital Public Radio’s “Insight with Beth Ruyak.” She is the author of the recent books "Sacramento on the Air: How the McClatchy Family Revolutionized West Coast Broadcasting;" "Prohibition in Sacramento: Moralizers & Bootleggers in the Wettest City in the Nation;" and "Weinstock’s: Sacramento’s Finest Department Store." Annette studied journalism and history at Louisiana State University-Shreveport, and continued with graduate studies in United States history at California State University-Sacramento, and the University of California-Santa Barbara.

Formerly co-owner of Sacramento-based advertising agency K&H Marketing, LLC, Annette is currently the Director of Consumer & Brand Marketing for the California Beef Council and serves on the board of the Sacramento History Alliance.