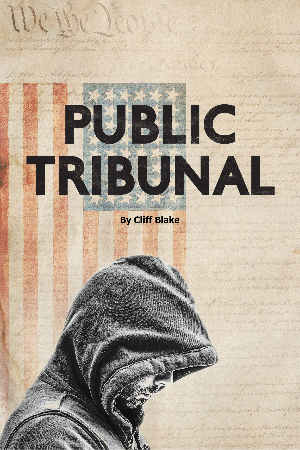 A highly regarded Professor of Constitutional Law, Professor Patrick Ramirez sets his senior class of law students on an unorthodox project to conduct a tribunal to determine if the United States Congress is abiding by the constitution. And as the project grows and takes form, it begins to garner the attention of the entire campus body student body, becoming a campus-wide event that sets the stage for a real-life courtroom drama. But when technology and the viral nature of social media claws its way into the mix, the Public Tribunal quickly becomes a social media event available to everyone with a handheld device.

As the Tribunal convenes, Daniel Collins, acting as judge, quickly loses con- trol of the trial as the doors in the back of the auditorium burst open and a man wheels a cart down the aisle to the front of the auditorium.

The man begins to rant, announcing he has hard evidence that the United States Congress has indeed violated the constitution, and it is quickly ap- parent that he is not part of the Constitutional Law class. As the intruder announces he has setup a web address where the evidence can be found, a second intrusion occurs as Federal Agent Brad Tillis of the FBI enters the auditorium with his agents to seize any and all evidence.

As the action moves into over-drive, the players move deeper and deeper into the rabbit holes of conspiracy. And with the focus of the nation fixed on the Tribunal, the internet proves that once information is posted it is almost impossible to erase. Read along as the Washington establishment run for cover as a nation unites in its quest for truth and change 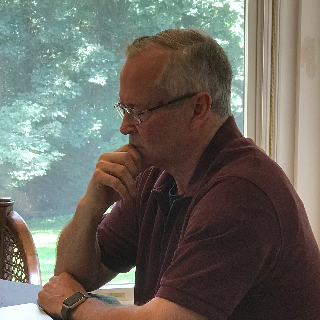 Cliff Blake was born in St. Louis and continues to live in the St. Louis area near Arnold, Missouri. He earned a Bachelor Degree from Maryville University and a Masters from Webster University.

He worked in the Telecommunications market for 23 years and then began working in Technology. He established The Joseph Company in 1994.

Recently he started Dreams and Reads Publishing Company which is Publishing Public Tribunal the first story in the Alternate America Collection.

You can reach Cliff at Cliff@alternateamerica.com.