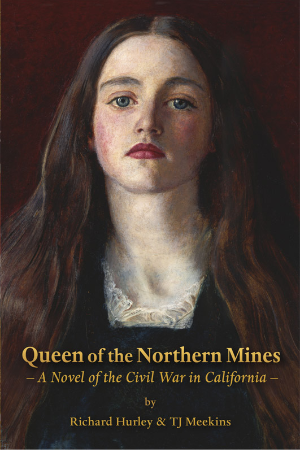 At Missouri House, a stagecoach stop in the goldfields of the Sierra Nevada, Ida Hatfield and her mother Molly are surrounded by danger as Yankees, Rebels, and outlaws vie to possess the glittering treasure of the Northern Mines.

In nearby Nevada City, Will Stafford, a young Virginian attorney, finds California becoming as dear to his heart as his Southern homeland. As the War of Rebellion rages on, his loves and loyalties are put to the ultimate test.

Nevada City, the Queen of the Northern Mines was a vibrant community in the 1860's. The story's characters, real and fictional, come from all over the globe. In addition to the central theme of warring Americans, the book tells of Ah Tie, a Chinese mine owner who is denied justice for his two murdered guards; of Peter Kessel, an Austrian musician and absconded revolutionary, who finds an improbable bride in the American wilderness; and of Nutim, a Nisenan orphan, who plots revenge against the white “ghost people” who are destroying his tribe. 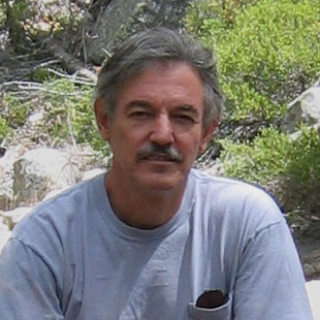 Richard Hurley was born in Upstate New York and lived there until he was 9. His family moved to Europe, where he attended Italian schools and a British school in Switzerland. After high school in California, he went to Harvard, where he pursued Medieval European history and Visual Studies. He was elected to the literary board of the Harvard Lampoon.

He worked for three years on the design staff of the Oakland Museum of California, restoring artifacts and preparing exhibits on California history. He returned to school for a master’s degree in architecture from UC Berkeley, then left the Bay Area for the Sierra Foothills and a career in CAD and computer-based multimedia.

Richard has been an avid history buff since the age of ten, when he visited a recently opened Etruscan tomb. He is also interested in languages, and is probably the only person to recite "Cædmon's Hymn," the oldest surviving poem in English (or Early West Saxon, actually), during an NPR radio interview.

Richard is co-author (along with TJ Meekins) of the historical fiction "Queen of the Northern Mines," finalist for the 2012 Independent Book Publishers Association Ben Franklin Prize for historical fiction. Richard and TJ also guest-curated an exhibit entitled "California and the Civil War" for the Folsom History Museum and have presented multimedia shows on historical topics at museums, libraries, and historical societies across Northern California. 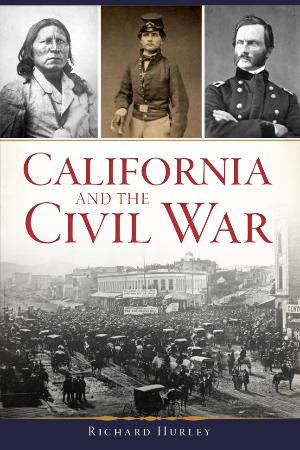 California and the Civil War