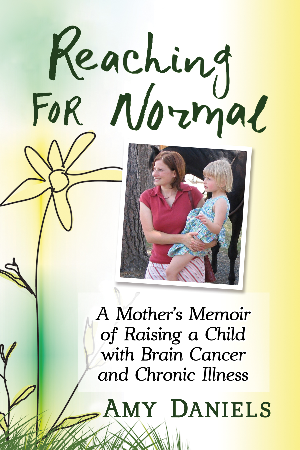 Reaching For Normal – A Mother’s Memoir of Raising a Child with Brain Cancer, Strokes and Chronic Illness

When Amy and Dave learned that their six-month-old daughter, Emily, was diagnosed with a slow-growing brain tumor, they were devastated. Throughout her childhood, they managed their daughter’s complex cancer, all the while striving just to be an ordinary, normal family. In doing so, Amy kept her emotions close and plastered on smiles, some genuine, as she worked in between cancer clinic appointments, had another baby, and attended cul-de-sac potluck dinners. The smiles were harder to put on when Emily suffered from a massive stroke just before her 8th birthday. Amy suddenly found herself a parent to an active toddler and an almost eight-year-old who could no longer talk, walk, or feed herself. Emily’s spirit remained shockingly unscathed. In the end, it was she who reminded the family to laugh, smile, and finally accept that they were anything but ordinary.

This memoir of motherhood at its hardest reveals what went on behind closed doors and beneath the smiles, as Amy writes in raw, honest detail about her relationship with her spouse, juggling work demands, raising her typically developing son, and finding lasting friendships throughout each of Emily’s setbacks. 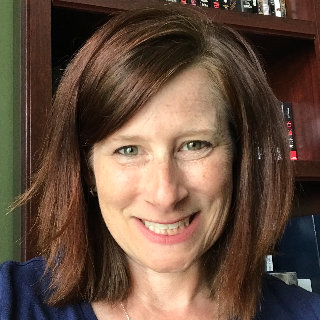 Amy Daniels is a mom of two, one who had physical and cognitive disabilities due to a brain tumor. Her memoir, Reaching for Normal, was recently published by Toplight Books.

Amy has a masters in social science and has had a career working on social and clinical research projects in the academic, government, and private sectors. She also contributes to various parenting publications and lives in Holly Springs, North Carolina.