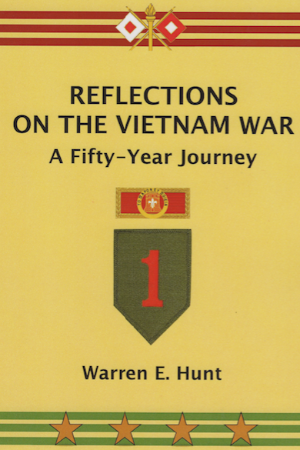 Reflections on the Vietnam War – A Fifty-Year Journey

In his "Reflections on the Vietnam War: A Fifty-Year Journey," Warren E. Hunt chronicles his long struggle to come to grips with the meaning of the Vietnam War and how it affected him before, during and after his tour in Vietnam with the U.S. First Infantry Division. Starting out as a naive and patriotic teenager drafted at age 19, he traces his path through military training, his impressions of Vietnam and its people, the absurdity of daily basecamp life, and the crucible of enemy fire. Returning to a nation torn apart by the war, he soon realizes that, even though he is no longer in the army, he cannot escape the war'’s insane grasp. Catastrophic events in Vietnam and on the home front, along with the dawning awareness of suicides among his fellow veterans, prompt him to seek answers to the questions that haunt his daily life: Why did America go to war in Vietnam? How could we lose? Why did so many people have to suffer in vain? His quest leads him to the unveiling of the Vietnam Veterans Memorial in Washington, D.C., where painful memories and powerful emotions merge to initiate a healing process for the author, his fellow veterans and the country at large. 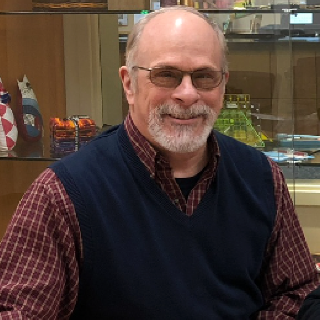 Warren E. Hunt was born in Toledo, Ohio, and raised in rural Hillsdale County, Michigan. He was inducted into the United States Army in 1967 and served for twelve months in the Vietnam War as a radio operator with the First Infantry Division. After completing his education with the help of the Vietnam Era G.I. Bill, he returned to the military, serving on federal active duty with the Ohio Army National Guard. Upon completing his military service, the author pursued a second career as a high school German teacher until his retirement in 2013. He holds a Bachelor of Education degree from the University of Toledo and a Master of Arts Degree in German from Bowling Green State University. Mr. Hunt lives with his wife, Marsha, a retired speech and language pathologist, in Southeastern Michigan. They have two grown children, Neil and Ellen. When he not writing, he enjoys volunteering and traveling and is an avid Esperantist.