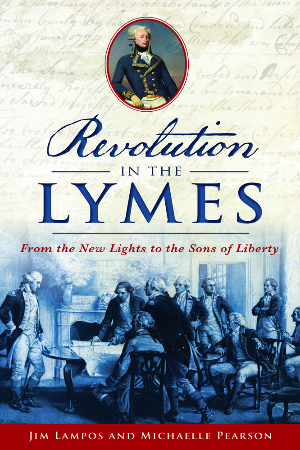 The Revolutionary War in the Lymes started as a rebellion of ideas. From its origins in the Cromwellian Saybrook Colony, Lyme (today's Lyme, Old Lyme, East Lyme and Salem) prospered under the free hand of self-governance and spurned King George III's efforts to rein in the wayward colonies.

In 1765, Reverend Stephen Johnson wrote incendiary missives against the Stamp Act. A few years later, the town hosted its own Tea Party, burning one hundred pounds of British tea near the town green. When the alarm came from Lexington in 1775, Lyme's citizens were among the first to answer. 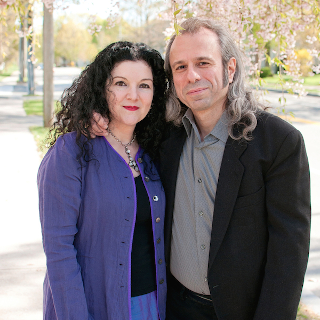 Jim Lampos & Michaelle Pearson live in Old Lyme, Connecticut. Together, they have co-authored "Revolution in the Lymes: From the New Lights to the Sons of Liberty" (History Press, 2016), "Remarkable Women of Old Lyme" (History Press, 2015) and "Rumrunners, Governors, Beachcombers and Socialists: A History of the Beach at Old Lyme" (Old Lyme Historical Society, 2010).