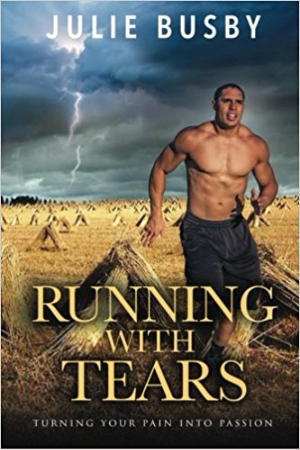 Running With Tears – Turning Your Pain into Passion

When Julie Busby told God, "Send me to the darkest places that nobody wants to go", she had no idea that within weeks her whole life would turn upside down. But, before this turning she had an amazing encounter with God, in which He said, "Do you know why you named your son Joseph? Because you are going to know how Joseph felt." Later that night her middle son, Joseph, asked to read the book, "Joseph" for their bedtime story. Two days later she experienced the greatest betrayal of her life when she was handcuffed and thrown into a psych ward by health officials after her then husband conspired with family, friends and their pastor to convince them Julie needed to be admitted because she was crazy. Her crime? She claimed she had an encounter with God.

In this psych ward where they refused to let her out she was threatened with electric shock by the doctor and routinely taunted by him saying, "You're never going to get out of here or see your children again." In a moment of fear she thought about telling the doctor none of those claims were true, but she heard God say, "Don't deny me. Remember how I saved Shadrach, Meshach and Abednego and how I shut the mouths of the lions in the lions' den. Not a hair on your head will be harmed in this place."

Julie now tells how God shut the mouths of the lions in her lions' den and lets others know when we boldly declare His name He is great enough to keep even our clothes from smelling like smoke while in the midst of the fire. "Sometimes you gotta go to hell and back to get a praise that no man can silence," she says. "And sometimes that means that we are running with tears, but we still keep on running!" 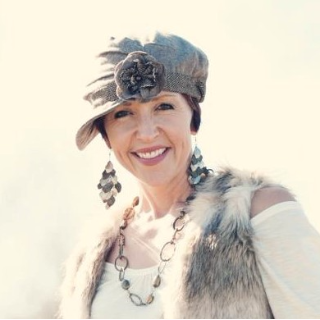 Julie Busby is Founder of Malachi, a non-profit to redeem and restore men to become powerful, life-changing fathers and leaders with a focus on restoring the lives of men in prison through teaching the transformative power of the gospel.

She is the Author of “Running with Tears: Turning Your Pain into Passion”. It is her goal to train up others to infiltrate media and Hollywood with messages of hope, forgiveness and redemption. “Media is huge in terms of influence and for far too long Christians have run from Hollywood. They need to start running to it,” she says.

Currently she is working on a screenplay for a future film and publication of a children’s series. She resides in Ohio with her three future world changers, known as Promise, Joseph and Hawke.