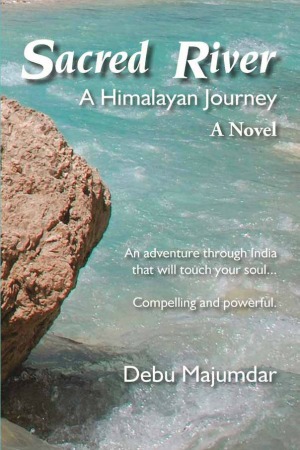 The first story describes the life struggles of an illiterate farmer, his devotion to spirituality, his longings for a pilgrimage, and finally his travels to the Gangotri temple. In the second story, an Indian charity with the goal of uplifting the people of India is unable to raise enough money. In desperation, their CFO hatches a plan to steal gold from the Gangotri temple, which he believes has hidden it for centuries. A senior monk of the temple is drawn in to participate by flattery and false promises. The third story is about a man whose family fell from high standing in what is now Bangladesh, to refugee status in Calcutta, as a result of the Partition of India by the British to create India and Pakistan. Following his father’s dream, he comes to the U.S. for fortune and glory. He succeeds, but then experiences a mid-life crisis and depression. He journeys to the source of the sacred Ganges River, searching for peace and renewal. Several Americans join him: his wife, a Navajo boy, a young Mormon woman, and a somewhat flaky, but resourceful, American man who falls in love with their beautiful Indian guide; he is also intrigued by strange things he observes. While events unfold as monks, pilgrims, thieves and tourists confront their own demons in the Hindu temple, he decides to investigate and dares to go after unknown thieves.

The day to day life of ordinary villagers, lofty goals, desire for fame, romance, and cultural nuance supply fuel to the story. On the surface, the action centers on the treasure heist; but underneath, this is a story of a quest nurtured by Indian mythological and folk tales, of unconditional spiritual devotion, and of intercultural romance. They weave a colorful tapestry of overlapping stories. As little tributaries flow together to make a mighty river, each thread in the tapestry is woven to make a beautiful picture with an uplifting conclusion. A Himalayan journey that will touch your soul. 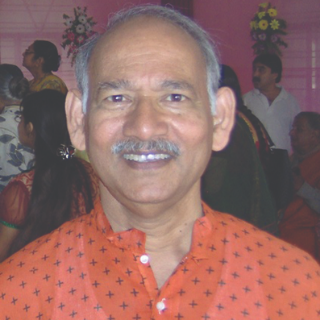 Dr. Debu Majumdar, a physicist by profession, grew up in Calcutta, India during the tumultuous post-partition years following the creation of India and Pakistan in 1947. After completing a Master’s Degree in nuclear physics at Calcutta University, he came to the U.S. in 1964 to continue his graduate studies. He received two Master’s degrees from Univ. of Pennsylvania and the Univ. of Michigan and a Ph.D. in physics from SUNY at Stony Brook (1969). He has worked at two universities (Syracuse and Michigan), and two national laboratories (Brookhaven and Idaho). He spent three years at the International Atomic Energy Agency in Vienna, Austria (1999 - 2002) representing the U.S., and one year in London at the World Nuclear University (2006-2007). He retired in 2010 and now devotes his time to writing. Debu and his wife, Catherine, currently split their time between Bellingham, Washington and Idaho Falls, Idaho. He writes both fiction and non-fiction and has written Op-Ed columns for several years for Idaho newspapers. His first book, From the Ganges to the Snake River, a compilation of creative non-fiction essays, was published first by Idaho State University and then by Caxton Press in 2000. Four articles from his book, From the Ganges to the Snake River, were included in the Idaho State University Memorial Volume Titled Rendezvous: Forty years of History, Politics, and Literature of the West (1966 - 2005). Bo-Tree House published his four children’s books to teach young American children about other cultures through stories based in the jungles of India. Each book contains an overarching theme based on the good principles of friendship, perseverance, caring for the world, and combating bullying. He published his first novel, Sacred River: A Himalayan Journey with Bo-Tree House in 2016. Sacred River won the 2016 Somerset Literary Award in Adventure/Suspense and was one of three finalists for the 2017 PNWA Nancy Pearl Book Award for Literary/Mainstream novels.