Two short stories about time travel, the JFK assassination, and the consequences of the choices we make.

ALIBI INTERRUPTED When Stewart Hudson travels back in time to stop the assassination of President Kennedy, he never expected he'd become Oswald's alibi, nor did he expect to be stranded in 1963.

Years later, before Stewart takes his fateful trip, he's confronted by a mysterious woman who shouldn't know about his secret mission. She pleads with him to heed her warnings to ensure the mission's success but she quickly learns that meddling in the affairs of the past always has its consequences.

THE VISITOR Theodore Garfield never believed the old farmer's story about the day the stranger appeared in his cornfield. And Theodore was even more skeptical about the letter the visitor left behind detailing the gradual downfall of America beginning with the assassination of a future president named John F. Kennedy.

Years later the farmer's story is all but forgotten until a young senator named John F. Kennedy is elected president. With the farmer and the letter now long gone, will Theodore be able to prevent one of the most tragic days in American history?

J.L. Pattison is the author of contemporary speculative fiction whose stories are garnering favorable comparisons to the works of M. Night Shyamalan and Rod Serling.

His first book, Saving Kennedy, is a paperback collection of his two previously released short stories that weave together the JFK assassination and time travel gone wrong—proving that meddling in the affairs of the past always has its consequences. Saving Kennedy won Libertopia’s “Best Libertarian Fiction” award for 2017.

J.L. Pattison’s sophomore release, The Island, dives headfirst into the world of governmental conspiracies and answers the question of how a commercial airliner can vanish in mid-flight—revealing the terrifying reality that some tragedies are actually by design. The Island won Libertopia’s “Best Libertarian Fiction” award for 2018.

J.L. Pattison’s latest book, The Man Who Thought He Could Fly (available now), is a collection of twelve tales of suspense that continues Pattison's Twilight Zone-style of storytelling that his fans have come to expect.

When not writing, J.L. Pattison enjoys spending time with his family, fishing, and drinking copious amounts of lattes and sweet tea (the latter of which is an addiction he acquired while growing up in the South). He currently lives in the Western United States with his wonderful wife and six amazing children. 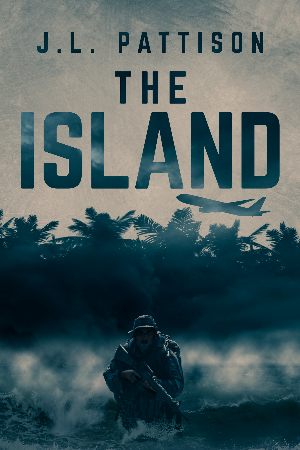 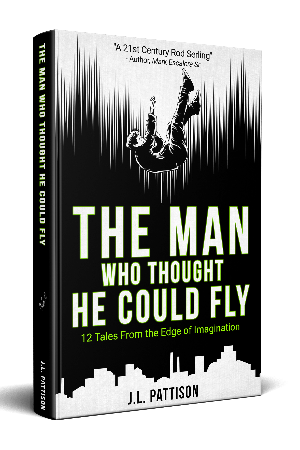 The Man Who Thought He Could Fly