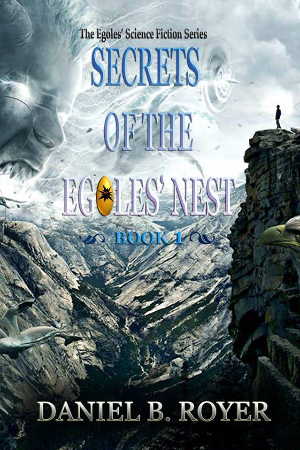 Secrets of the Egoles' Nest

The story is based on Aben Egole, a young boy living with his overbearing nanny, and on occasion, his military father when he returns home for brief visits between combat missions. However, Aben's life is about to be changed in ways that will compromise his ability to blend in with the human population. .

It all started after the next-door neighbor mysteriously moved away. Subsequently, a strange but exciting girl, along with her parents, move into the nearby home. Soon afterward, Aben is approached by the young girl, who shares with him a secret about his incredible heritage, along with an organism that sparks an unbelievable change in his DNA. Once he's experienced with his new powers, with the help of a mystical dynasty and his military father, Colonel Ivory Egole, standing by his side, Aben begins a new life of off-planet adventures with deadly agendas.

As their new lives progress and Aben's altered DNA is spontaneously mutating, his father has reason to worry about his son's longevity. Once he addresses his concerns with the dynasty's Head Master, the colonel's worries quickly dissipate. Soon Zonda, with the help of the colonel, slowly become militarized, it's then that he and his son are teamed with the planet's finest warriors, also known as Zonda's Astroknight Legion. Eventually, Zonda's campaign to rid the universe of pure evil leads to an inevitable confrontation with the most dangerous warlord in the Universe, Imperial General Warnod. 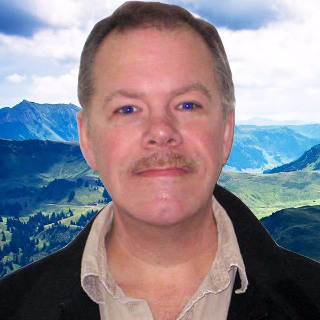 Thank you so much for giving me a moment of your time. To give you a peek at my past, let me first tell you where it all started. I was the fifth son of a six boy family, reared in a small town called Bay Village, nestled close to Lake Erie in northeast Ohio. After 17 years, I departed from my parents new home in New Orleans, LA. to start a life of my own.

After graduating high school I chose to join the 101st Screaming Eagles, where I attended four adventurous, military schools. Shortly after my time in the service, I began a life of fatherhood, raising three wonderful children. It was after raising my children I pursued the goal of writing science-fiction.

Using my extremely creative ability to write passionately and descriptively, paired with my insatiable desire to research all means of Science-fiction, led to the development of The Egoles' Sci-fi Series. The release of my second book in the series, "Aben, The Rebel Wizard," is due out 2018.