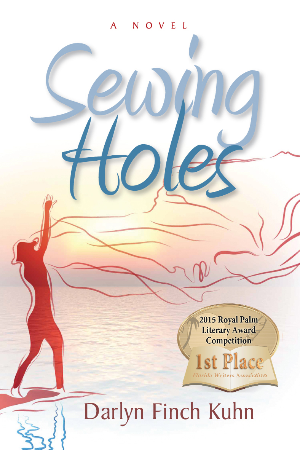 A little girl grows up in the 1960s and 70s in a family with a volatile mother, a loving but very ill father, a brother who flees the country to evade the draft, a foster sister whose life is consumed by waiting for her “real” parents to return, and a best friend who likes to beat her up. She survives on stories and games shared with her father, particularly the one about “sewing holes” - creating beauty out of what seems to be nothing. 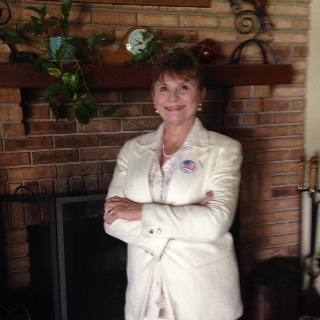 Known for her saucy style and engaging readings, Darlyn Finch Kuhn is also a gifted storyteller. In addition to her two poetry collections (Red Wax Rose and Three Houses) her work has appeared in literary journals, newspapers, magazines and online. Her poems have been featured on Poetic Logic on WMFE-FM, and been read by Garrison Keillor on the Writers Almanac. She was interviewed on World Radio Paris. She is the eponymous “Scribbler,” of the Scribbles e-newsletter. Kuhn produces book trailer videos with her husband at Brad Kuhn & Associates, LLC in Jacksonville, Florida.