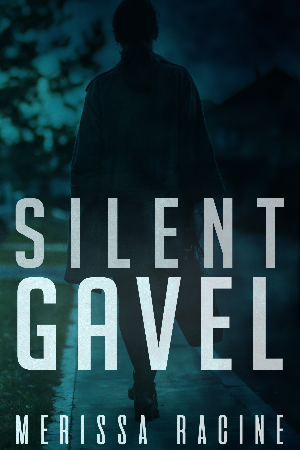 For Lauren Besoner, Crawford finally felt like home. Not a very exciting home for some, but she liked the small town and it felt good to be back in her home state of Wyoming. She enjoyed working as a court stenographer, was often heard saying, "When someone got on that witness stand, you never knew what was going to come out their mouth."

But it only took one moment for Lauren's life to go from predictable and routine to anything but. That moment was when she discovers her boss's dead body. Things immediately turn from bad to worse when the detective on the case is convinced Lauren is the killer. Before she is arrested she must convince overly zealous Detective Sam Overstreet that he is wrong. The threat of arrest is only one of Lauren's new worries. She knows her job will be in jeopardy when the search begins for a replacement for her old judge. When Lauren decides to investigate her judge's death, it comes with some unexpected consequences. She discovers her boss made a few enemies before taking the bench, and even more after. While Lauren continues to search for the truth, the real killer is out there deciding whether to put an end to Lauren's sleuthing for good.

Merissa Racine was born in the Bronx, New York, and grew up on Long Island, New York.

At 16 her family moved to Miami, Florida, where she lived for several years. Missing the change of seasons, she left the Sunshine state and settled in an even sunnier place, Cheyenne, Wyoming, where she grew to appreciate the open spaces that the High Plains offers, and views of the Rocky Mountains. She became a court reporter while living in Miami and continues to be a freelance stenographer in Cheyenne. After more than 38 years of working as a freelance court reporter, she began a new adventure, writing the novel that had been in her head, waiting for the right time to make its debut.

Merissa’s career in the legal profession provided the authentic flavor to her book Silent Gavel, which centers around a feisty court stenographer and her dogged determination to catch a killer. When not tapping away on her steno machine in her day job, Merissa is busy working on her next novel.