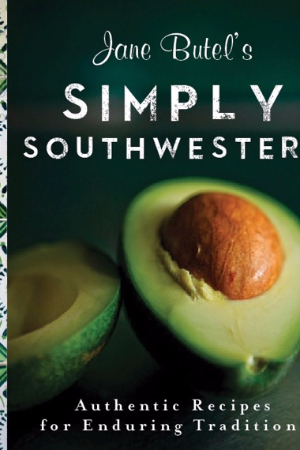 My cookbooks (have published 23) are all on Southwestern US cooking, encompassing chili, grilling, barbeque, traditional New Mexican and innovative Southwestern and Regional Mexican cooking. Have successfully been teaching Southwestern cooking for 34 years with 5 star rating and "Best of US" ratings from "Bon Appetit" magazine and gayot.com.

My website where by cookbooks can be ordered and will be autographed is www.janebutelcooking.com. 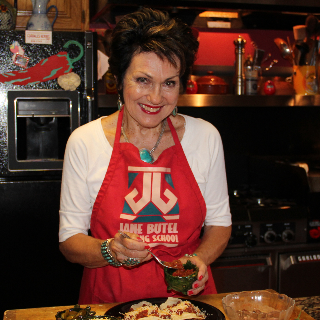 Jane Butel is an internationally recognized authority on the regional cooking of the American Southwest. The daughter and granddaughter of accomplished home economists, Ms. Butel is a cookbook author, teacher and television program host whose most recent television project is “Jane Butel’s Southwestern Kitchen”. Ms. Butel’s interest in Southwestern cooking predates its current widespread popularity by decades. She was the first to write about the cooking style that evolved in the Southwestern border area, and is credited with starting our nation’s love affair with this cuisine. From her first cookbooks, Cocinas de New Mexico (1961) and Favorite Mexican Foods (1965) to her latest, Chili Madness, 2nd Edition and next to latest, Jane Butel’s Real Women Eat Chiles (2006), she has continued to explore the region’s unique ingredients, recipes and cooking techniques. In all, she has written 20 cookbooks, including six best-sellers. She continues to wow audiences, recently attracting the largest audience ever at the Smithsonian in Washington D.C for a culinary event. Her background includes executive positions at American Express, General Electric, Con Edison and Public Service Company of New Mexico. At American Express, she was the first female corporate vice president, Vice President of Corporate Consumer Affairs and Marketing. Though successful in the corporate environment, she wanted both more control over her efforts and more satisfaction from them. In 1983, she founded the Jane Butel School of Cooking in Santa Fe, relocating to Albuquerque in 1993, which was recognized by Bon Appétit magazine as one of the best vacation cooking schools in the world. Gayot.com recognized her Scottsdale school as the “best in the US”. She also created Jane Butel’s Pecos Valley Spice Company, a trusted source of the pure, fresh ingredients critical for authentic Southwestern fare. Her expertise has put her in high demand as a consultant, and she has worked with companies like Del Taco, El Torrito, Zona Rosa and Luxury Hotels. Ms. Butel is listed in Who’s Who in American Women, Outstanding Young Women, Platinum Who’s Who and the World Who’s Who. She is a member of the New York City chapter of Les Dames d’Escoffier and the International Association of Culinary Professionals among others. She currently is on the Board of Goodwill Industries of New Mexico. Kansas State University’s Hale Library selected her work in 2012 to be featured in their permanent collection of outstanding alumni. She is only the third woman so recognized since the program began in 1908. . 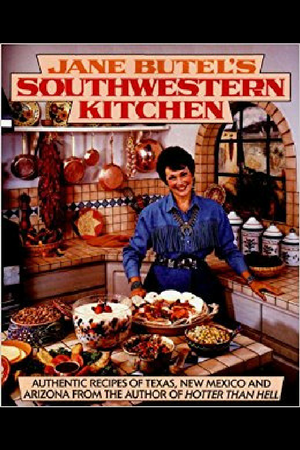