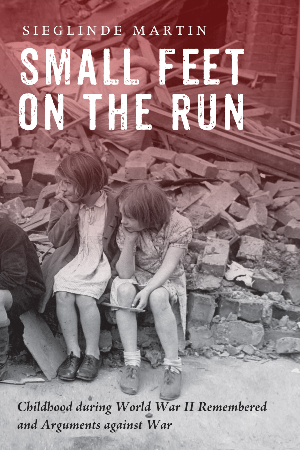 You may know much about World War II, but did you ever wonder how children lived through this man-made disaster that killed twenty-nine million civilians in Europe? Read about eighteen ordinary children whose childhood changed due to extraordinary events not of their making.

They collected and traded bomb shrapnel instead of baseball cards; instead of watching cartoons, they ran out in the morning to see what last night’s bombs had destroyed; and boys played with live ammunition like your sons do with Fourth of July firecrackers.

Read these true stories and ponder the bravery of the eleven-year old girl traveling alone to her faraway home. Worry about the three-year-old watching her house burn or cheer for the fearless boy who provides food for his family.

These stories also talk about overwhelming fear, bottomless sadness, the heartwarming kindness of strangers, as well as childhood joys. At the end you may agree with the motto of the last chapter “Never Again War.” 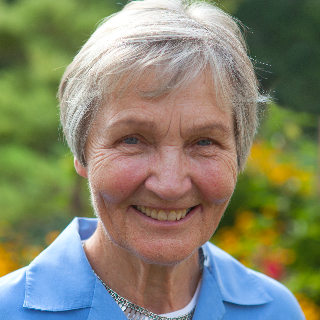 Sieglinde Martin was born 1940 at the beginning of World War II in Langenfeld, Germany. In 1964 she came to the U.S. for a post-graduate traineeship in physical therapy. After meeting and marrying her husband Dr. Gerhard E. Martin, they made their home in Columbus, Ohio. Here they worked and raised their four children.

Retired and widowed Sieglinde returned to Germany for extended time periods to take care of her 103-year old mother in 2013 and 2014. There she listened to and wrote down the childhood recollections of family members and friends. Back in Ohio, she interviewed friends who had lived through WW II in different parts of Europe and added their stories to the book.

Sieglinde Martin is involved with peace and environmental projects. She also enjoys spending time with her four grandchildren.