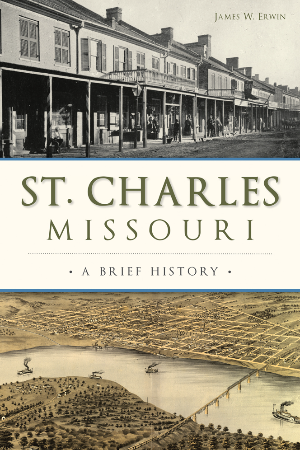 Louis Blanchette came to Les Petites Côtes (the Little Hills) in 1769. The little village, later dubbed San Carlos del Misury by the Spanish and St. Charles by the Americans, played a major role in the early history of Missouri.

It served as the starting point for Lewis and Clark's expedition, as well as for countless other westbound settlers. It served as the first capital of the new state. Important politicians, judges, soldiers, businesspersons, educators and even a saint all called St. Charles home.

Despite its rapid growth from a sleepy French village into a dynamic city amid one of the fastest-growing regions in the country, St. Charles never forgot its history. 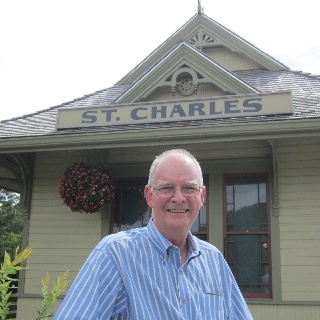 James W. Erwin is a retired attorney. In 2006, he and his wife Vicki bought Main Street Books, located in the Historic District of St. Charles. While operating the store both became familiar with the fascinating history of this city. .

James is 1968 graduate of Missouri State University. He obtained a Master’s Degree in History in 1972 and a law degree in 1976 from the University of Missouri – Columbia. He practiced law in St. Louis for thirty-eight years, and was an adjunct professor at the Washington University in St. Louis Law School for ten years.