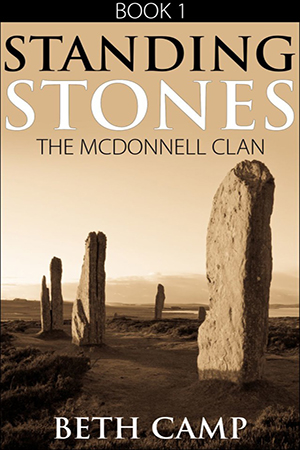 During the Industrial Revolution, great fortunes were made that transformed the lives of rich and poor alike. In 1842, Lord Gordon claims Westness, his island estate in northern Scotland. Fisherman Mac McDonnell, suspicious of Lord Gordon from the beginning, speaks out against the coming changes -- despite the impact his actions will have on his sister and three brothers.

But when evictions begin, and a second protest at Westness turns violent. Mac is unwilling to back down. He must decide what he is willing to risk -- to protect his family, his sweetheart, and his livelihood.

Readers of Standing Stones say, “Well-developed characters and well-researched background & history made this an excellent book that I found hard to put down. I felt as if I was a friend of the McDonnell family, living on the island and sharing their love and hardships.” “Camp’s characters step off the page in this finely detailed recreation of time and place.” 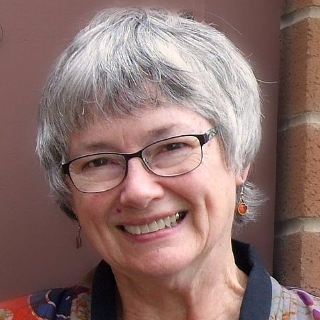 Standing Stones won an award from the Pacific Northwest Association of Writers, and begins the story of the MacDonnell clan set in 1840’s Scotland. Years of Stone, Book 2, follows Deidre and Mac to Van Dieman’s Land, a penal colony in 19th Century Australia. Rivers of Stone, Book 3, currently in progress, takes place as Dougal and Cat cross Canada during the fur trading era.

Active in Spokane Authors & Self-Publishers, she lives happily in the great Pacific Nor’west with husband, Allen, and quilts and writes – ready to travel at a moment’s notice. 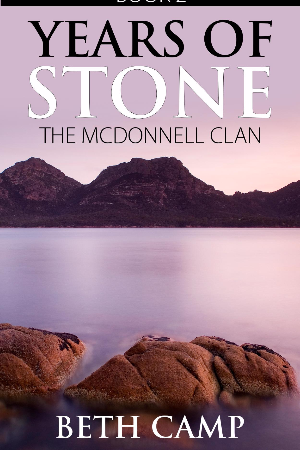