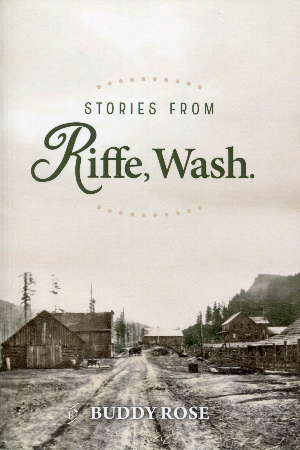 In early 1968, the gates of the Mossyrock Dam on the Cowlitz River in Lewis County, Washington closed and the 23.5 mile long reservoir behind the dam began to fill, inundating the former town sites of Riffe, Nesika and Kosmos. Thus ended the short-lived history of a fertile valley that had first been settled in the 1880s and 1890s; mostly by people from Appalachia who came west looking for a better life.

The town of Riffe was named after one of those early settlers, Floyd Riffe, who came to the area from West Virginia in 1893 with a group of about 60 people. Riffe established a post office, named after him, that would eventually serve about 1,500 people until they were all forced to sell their homes and land and leave the valley so the City of Tacoma could build their dam.

Stories from Riffe, Wash. is a collection of narratives that recalls some of those people, how they lived and died, and what it was like in the valley that now lies deep beneath the waters of Riffe Lake. 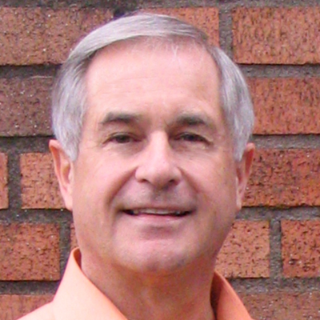 Buddy Rose has spent almost his entire life living and working in Lewis County, Washington. He grew up in the former town of Riffe and lived there until 1963 when, at the age of 15, his family was forced to sell their condemned home and property to the City of Tacoma so they could construct a hydroelectric dam on the Cowlitz River. He and his mother relocated to Centralia, Washington, where he finished high school.

After a couple of years of college at the University of Washington, Rose enlisted in the U.S. Air Force. Working in aerial reconnaissance photography, he served a year in Vietnam during the war there and then finished his four-year enlistment in England. Following his military service, Rose returned to Lewis County and worked for the U.S. Forest Service in Randle, Washington for more than 30 years.

After retiring in 2003, Rose took up free-lance writing, and wrote hundreds of outdoor articles for The Chronicle newspaper in Centralia. Since 2007, he has been a popular contributor of outdoor and local history articles for the East County Journal in Morton, Washington. 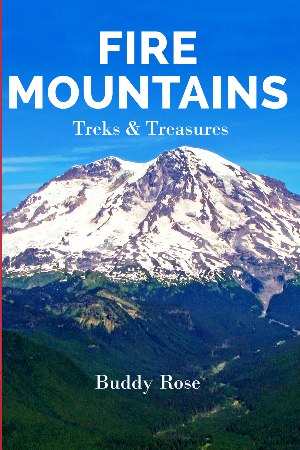