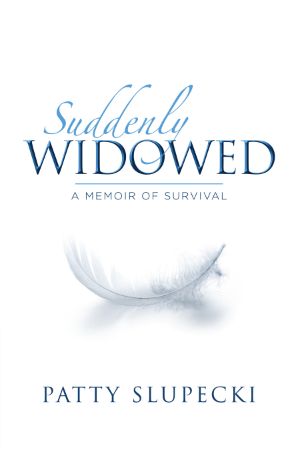 Suddenly Widowed – A Memoir of Survival

In 2002, Patty and Mark Slupecki had it all: a happy marriage with two beautiful children in a quiet suburban home. Then, on a Sunday afternoon in September, Mark was killed while riding his bicycle. At 37, Patty’s entire world became unrecognizable, blurry, and excruciatingly painful. Suddenly and unexpectedly, she became an only parent, left to raise two young children on her own. At a time when all she wanted to do was succumb to her misery, Patty knew she had to do more than just exist; she had to persevere and thrive so that she could support her children the way her husband would have wanted, and invent a new normal for herself and her family.

Though confronted with overwhelming grief, depression, and numbness, Patty did not surrender to the devastation that grief serves us. Learning how to simply survive was not enough; she knew she needed to do more.

Suddenly Widowed is Patty’s story of grief and survival. She shares not only her challenges and strengths that she encountered through her journey, but also the mistakes she made along the way and the credit that those who supported her deserve.

Patty has built a community for those who have lost a spouse and have the desire to somehow put back together the pieces of their lives. Patty offers encouragement, hope, and positivity and has the experience and understanding that many people dealing with loss seek out. 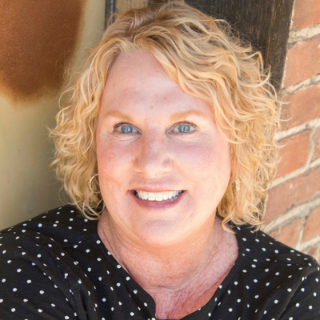 Patty Slupecki is an author, coach, speaker, and grief survivor. Widowed at 37 and left to raise her children alone, Patty struggled through crippling grief and depression. Unwilling to give up on life and remaining positive, she embarked on a journey of survival, self-development, and recovery.

Patty uses her experience to help other widows navigate the unknown following the death of a spouse or life partner. It is her passion to offer hope and guidance along the road to a new normal.