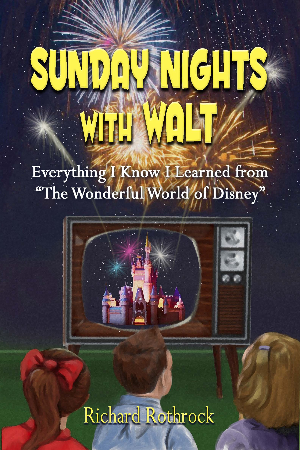 What were you doing on Sunday night fifty years ago? For many Americans, starting in the 1950s, the answer was: watching Walt Disney's TV show. Richard Rothrock's comprehensive history of that show, in its many forms, will take you back to long-ago Sunday nights spent together with family...and Walt Disney.

Rothrock combines meticulous backstories and episode synopses with insight into how Walt's TV show shaped American culture and how it shaped his own childhood and adolescence, gently exposing him to the wide, wonderful world outside his small town—a world not just of Disney, but of nature, technology, history, foreign cultures, and even romance. Organized thematically, Sunday Nights with Walt covers both well-known and lesser-known characters and episodes, from Zorro, "Man in Space", and "Disneyland After Dark", to Bullwhip Griffin, "A Country Coyote Goes Hollywood", and the Whiz Kid.

If you recall your own Sunday nights with Walt, Rothrock's book packs the ultimate nostalgia buzz; and if you're too young to imagine a family sitting together in front of a TV, with no iPhones or Facebook or email to distract them, this is your window into a bygone era, and a new way to appreciate the importance of Disney in our lives. It's almost time. Dad's got the RCA Victor warmed up. Mom's bringing down the popcorn. And now your host, Walt Disney... 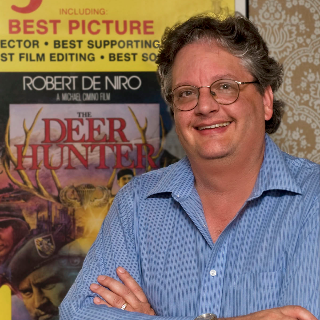 Richard Rothrock is an award-winning writer and teacher with an undying love for film, television, literature, the Indianapolis 500 and all things Disney. He is a proud graduate of George Washington High School in Charleston, West Virginia. He holds a Bachelor of Arts in English and Film from Oakland University and a Master of Arts from Bowling Green State University. His work has appeared in magazines, newspapers and book anthologies. He currently teaches writing at the Motion Picture Institute in Troy, Michigan.