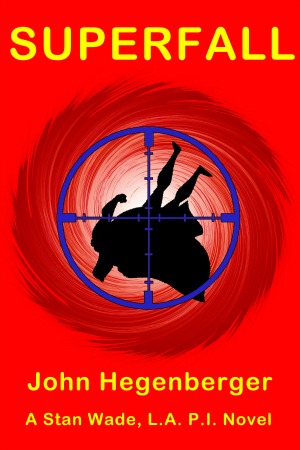 In June 1959, America’s TV superhero took a bullet to the head in an apparent suicide. But was it? And is he really dead? A Hollywood PI comes to grips with his ideals and a host of Mob and Soviet intrigue. “In Superfall John Hegenberger takes us on an irresistible, hard-boiled walk down memory lane, with P.I. Stan Wade as the perfect tour guide. From George Reeves to Lloyd Bridges to Ross Macdonald, this is a historical tour-de-force.” --Robert J. Randisi, President of the Private Eye Writers of America

"Faster than a speeding bullet, John Hegenberger’s SUPERFALL sends you zipping through late 1950s Southern California on a supersonic ride. With the help of his kenpo-chopping girlfriend, a sub rosa Superman, the original TV frogman and a hardboiled writer, private eye Stan Wade battles the Reds, the mob and crazed Federal agents in a mid-century modern yarn. It’s clever, evocative and just plain fun.” --Mark Coggins, award-winning author of the August Riordan series

“Superfall gives us everything we need for a ripping adventure in 1950s Los Angeles: a wary private eye, a frustrated actor, gamblers, mobsters, Commies, and a labyrinth of twists and turns I never saw coming.” --Martin Turnbull, author of the Garden of Allah novels

"Superfall is a rollicking trip through 1950's Hollywood where the Mickey Cohen still runs the Mob and the Ruskies are up to no good. If you like your hard-boiled fiction fast and sassy, you'll love Superfall." --Matt Coyle, author of the Anthony Award-winning Rick Cahill crime novels 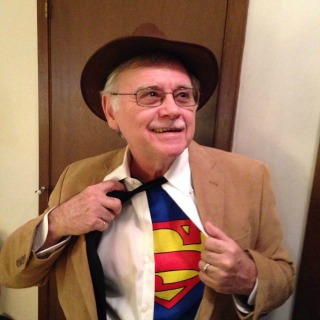