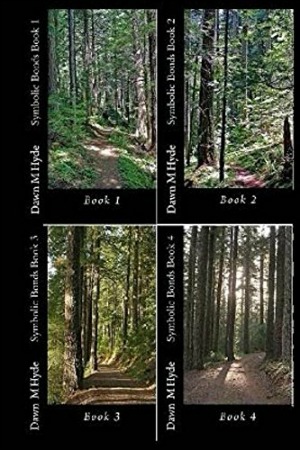 About Book 1 Symbolic Bonds Keeping secrets can change everything; especially secrets from loved ones.

Marie/Bridge; same person different persona; has always taken her role within the family very seriously. She had been entrusted to train her generations to use supernatural gifts to protect a centuries old secret.

Marie and the family only know what past generations wanted them to know. Now...a letter from the past has exposed Marie and the entire family’s secrets.

With the love help and support of her family, Marie sets out on a quest for the truth. Why do they have these gifts? What are they protecting? Who is Marie truly?

About Book 2 Symbolic Bonds All the secrets have been revealed....Or have they?

Marie is struggling to merge her true self with the hard edged Bridge persona she's tried to escape.

As the family continues to learn about their gifts and the reason behind their supernatural powers....more secrets and questions reveal themselves along the way.

A mysterious stranger appears to have some questions too!

About Book 3 Symbolic Bonds The biggest secrets have the biggest impact!

Marie has finally begun to settle into her new role as a matriarch to the family. Together the family is discovering and testing all of their individual gifts. Powers seen only in myths, legends, and folklore told to them as bedtimes stories. Individually each member is strong...but together, their powers are inconceivable.

The mysterious man begins to test just how far they're willing to go to keep their family and their secrets safe.

About Book 4 Symbolic Bonds Secrets from the past come back to haunt the family.

With the families collaborative efforts, they begin to push and stretch the boundaries of their powers. New discoveries unlock new abilities and form an even stronger bond within the family.

As past secrets unfold the identity of the mysterious man shocks the family’s foundation. Only two questions remain.....

Will Marie's powers and strength bring this family into a new era? Or will the long dreaded darkness overpower her will? 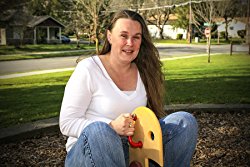 As a closet writer carefully guarding my art for too long. The day finally came to allow my work to see the light of day.

I am truly a native to Oregon though I spent my youth travelling up and down the Pacific coast with my military family. Years later we returned and have remained home here in Grants Pass, where our family began.

I am now married with a family all my own living and loving our life here. When I do happen to get the urge to travel...I reach for my computer and allow my imagination to do that for me. As I never plan on leaving home again!