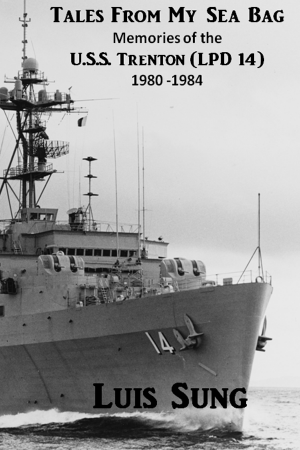 Take to the seas with Navy Author Luis Sung on board the Amphibious Transport Dock, U.S.S. Trenton (LPD 14). Where through a series of vignette's he chronicles his adventures of being deployed with his shipmates and their U.S. Marine Corps passengers, and the challenges of being at sea. With contributions from his shipmates, ‘Tales From My Sea Bag’ offers a rare look into the lives of everyday sailors aboard a U.S. Naval vessel. You'll laugh, you'll cry, you'll walk along side the author on the decks of the Trenton. Grab your favorite beverage, sit back and enjoy the voyage. 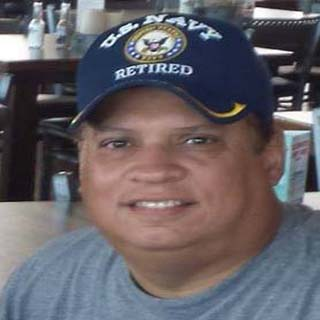 Luis' family had been Florida residents since the early 60's. But the 70's would bring a change as his family decided to relocate to beautiful Honolulu, Hawaii to join his father's side of the family where Luis was introduced to a new world of cousins, aunt's and uncles. He has often said that their arrival in Hawaii was when his childhood started. However, it would not last. It broke his heart when his parents decided to move back to the mainland and Florida. He states that's when his childhood ended. Since then and other than his time in the Navy he has called Florida home.

After High School graduation he served for the next 20 years in the United States Navy retiring in 2003. He would then spend many years in the corporate jungle as an HR recruiter. It was during this time that he decided to answer a calling that followed him since high school to write and tell his story. Keeping his note-book close by he wrote during his free time, whenever a memory crossed his mind, or whenever the boss wasn't looking.

His military service gave him a love of travel and a desire to write about his life and adventures. He resides with his wife of 27 years and his two sons.

He loves telling and writing stories about his time in service. Those who served are able to tell stories most cannot. He recalls a day at work when some fellow vets were standing around telling stories of their time in service. One of their non military coworkers came up to them and said she was listening, and could not tell those kind of stories. Luis' response to her? "Join the Navy!"

He also loves to write about things he enjoyed as he grew up. Music, movies, trips his family made, his favorite TV shows.