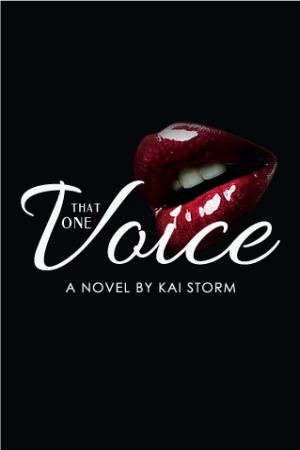 Meet Jenniffer…a woman who started her life over and was living an okay life while trying to wait for her ‘come up’ moment. David…an author who was adored by his fans but in his personal life was missing the main key…LOVE AND AFFECTION. In writing his latest novel he dreamed up a beautiful woman that would bring his story to life and be his one true muse! What Jenniffer didn't know is that a cyclone of bad mishaps would bring her and David together to not only create the most seductive & sensual audio book of his career but also to lay the foundation of their love for each other! David knew all along that soon she would come along….all he had to do was be patient for That One Voice! 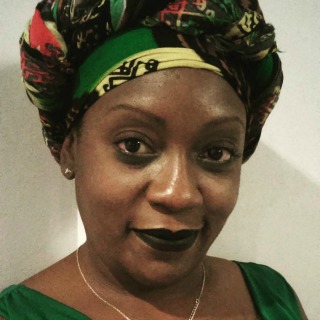 Author Kai Storm is a new face in the Urban Literary world, has brought us shining jewels called Alani’s Bigger Hustle & Alani’s Hustle Gets Bigger. Kai was born in Panama in 1972 and came to New York in 1981 with her mother. She discovered her writing gift as a junior at Boys & Girls High School when an English teacher gave her an assignment to develop a story from just one paragraph and since then, her pen was hot. Thru the years, Kai continued to write any and everything not only to keep her gift alive but also for therapeutic reasons, either way her pen and paper kept her sane. In December 2007, Kai was working at a hospital as a temp and even though the assignment was over the first week of December the hospital kept her on for two more weeks just so that she would have money for Christmas presents but there was nothing for her to do during those two weeks so she decided to pen the first three chapters of Alani’s Bigger Hustle. Only after she submitted the first three chapters did she decide to write the rest of the book “just to see what I would do with it”, and when she pushed this out, it was nothing but fire!

“This story literally lived inside of me since I was 12 years old, it grew up with me and I knew one day it would be out in the world for all to see, it just had too!”

Kai was first signed to a publishing house in August 2008 and because she was so excited about the whole venture she never fully researched the company and the works they produced and because Kai had her own personal life issues, she never fully pushed for the book to be released. Once things in her life calmed down and she was ready to be published, in October 2010 she discovered the company was not all ready to put out her book and thru Author to Author connections that she made on Facebook, she found a publishing company that was not only ready, they couldn’t wait to sign her on. This company was Twenty First Street Urban Editing & Publishing, LLC and they along with Kai, brought Alani’s Bigger Hustle to life.

When meeting Kai for the first time, you can see the excitement that she has about her book, the confidence and the great work ethic she exudes is intense and the best part of all is that it’s genuine to the core. Kai always has promotional information about her book, upcoming book signings and events and anything she is currently working on, and if you are an up and coming author seeking advice, Kai will go above and beyond to provide all the information you need because “If we supported each other more we could rule the world!”

Kai is not only a writer but also a mom. In 1997 Kai was blessed with her first daughter named Africa who taught her the real meaning of life and responsibility and the lesson was so overwhelmingly beautiful that she had another daughter named Agodess in 2009. Her third daughter Anaya was a wonderful surprise in 2015. All in all, Kai is a woman that is thankful for all her blessings and plans to continue writing as long as she can. Her third novel is promising to be hot thriller; it’s called You Just Don’t Know, it’s written under genre erotica kink and the best part of all….Miss Kai Storm is gracing the cover of her third book! Kai has written contributing stories for a group collaboration book called Sistah’s With Ink Voices as well as another anthology called Lipstick 3 where Kai dropped another jewel called “Love Vibe”. Kai continues to do book signings and events around the country while she writes great reads. Checkout for her collaboration with Black Books Publishing on a anthology called 21st Century Black Erotica in which she has a hot story called “I am Your Master” and if you haven’t heard the great news, the third leg of the Alani series called La Familia AND a love story called That One Voice are both available for your reading pleasure! SOON TO COME: a very dramatic based on a true story novel called Where’s My Daddy.

Recently because of her popularity online, Kai has been approached by all her fans to start blogging from her sites nattiekai.com and nattiekai.wix.com/kaistormbooks…as she pondered the opportunity she thought of a way to not only blog about herself but to also do features for authors, artists and small business owners. Since the launching of KAI’S AUTHOR SPOTLIGHT it’s been a great success with over 4,000 Facebook likes and an ever rising hit counter.

Kai has also been successful in getting copies of her novels purchased by libraries across the US. For her, knowing that her books exist means that her life will forever be remembered so to speak; her mark is left on the world for years to come!