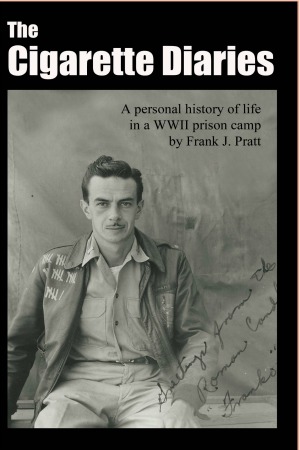 Army Air Corps 2nd Lieutenant bombardier Frank Pratt was captured by the Germans when his B-24 was shot down over Poland on September 13, 1944. He spent the next eight months as a POW at Stalag Luft I outside of Barth, Germany. While there, he kept journals that he wrote mostly on the backs of cigarette packets from Red Cross parcels, bound with cardboard and canvas. Together, the three “cigarette diaries” tell the story of the day-to-day life of a prisoner of war in Germany in the closing months of WWII. 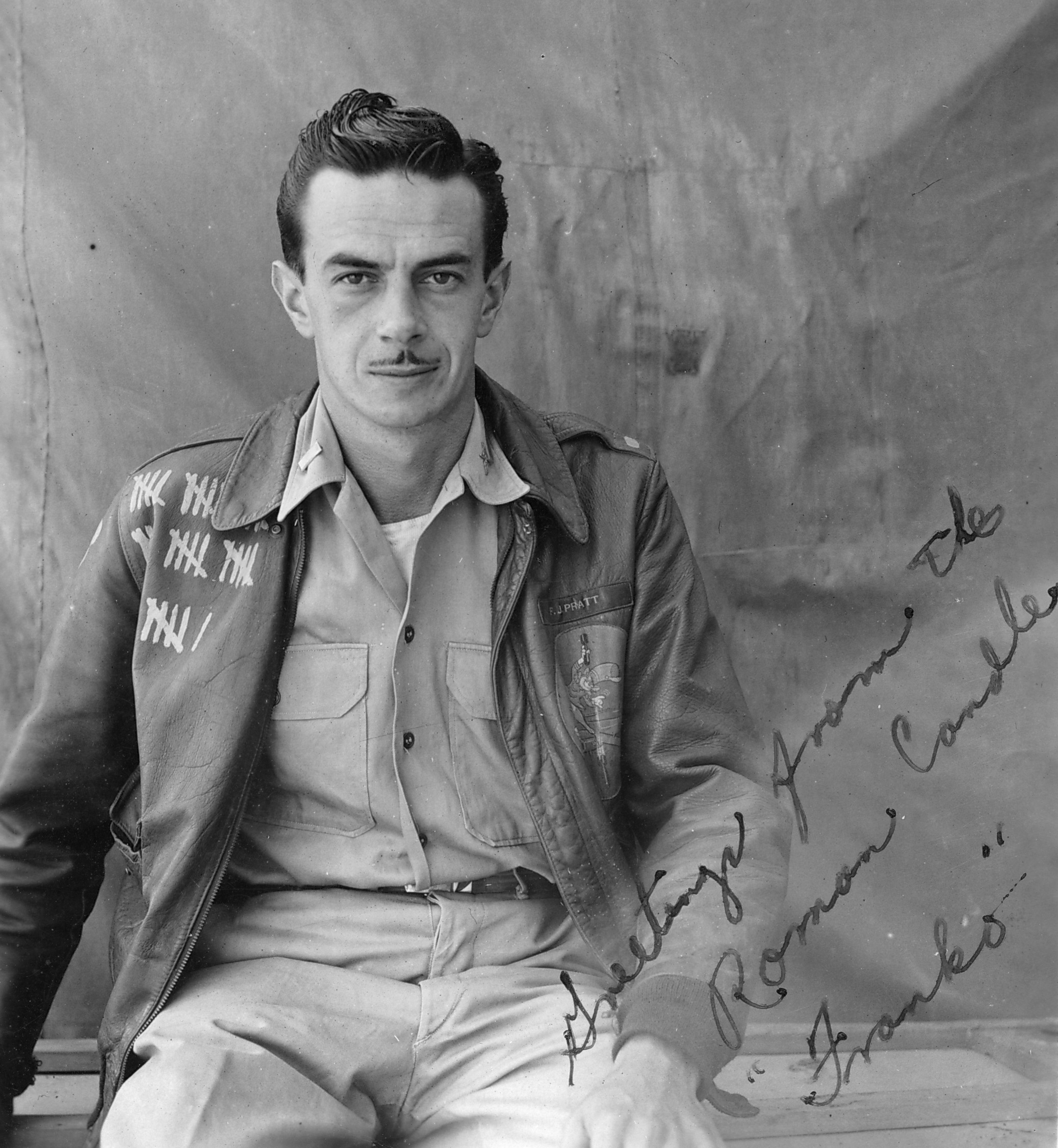 After his B-24 was shot down over Poland in September 1944, Lt. Frank Pratt was captured and sent to a German prison camp. He recorded his experiences in diaries made from cigarette packets, telling a vivid story of life as a POW in the closing months of World War II.

Frank J. Pratt was born on October 24, 1915 in the then-thriving town of Blanchard, Washington, seventy-five miles north of Seattle. At the onset of WWII, he joined the Army Air Corps as an officer candidate. After graduating as a bombardier with the rank of 2nd Lieutenant, he was assigned to the European theatre. On September 13, 1944, seven missions away from completing his tour of duty, his B-24 was shot down over southern Poland. He was captured by the Germans and spent the next eight months in a prison camp, where he recorded his life in camp on empty cigarette packs. Upon release in the summer of 1945, Frank returned home to Blanchard where he bought into a co-operative mill, retiring in 1979. The story might have ended there, but in 1994, Frank and three members of his crew were presented with the Polish Home Army Cross. Newsweek heard of Frank’s story and produced a three-part video interview that ran on the Newsweek website, along with excerpts from his diary. He passed away in 2008, leaving his diaries with his daughter Rebecca Pratt.