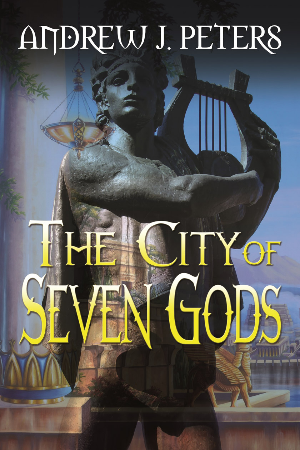 The City of Seven Gods – The Lost Histories, Book One

A 2017 Silver Falchion award winner for Best Adult Horror and Fantasy, and a finalist for Foreword INDIES 2016 Best Book of the Year.

Kelemun was bought from his peasant parents to tend the inner sanctum of the house of Aknon, where wealthy men pay mountain sapphires to behold the beautiful servants of the god. Chosen to bring offerings to Caliph, Kelemun captures the fascination of the young prince Praxtor who has never been denied anything his heart desires.

Ja’bar was hired to roughhouse wayward proselytes for the high priest Aknon-Horheb. In Qabbat’lee, it’s good paying work for a Stripeling, a jungle savage in the eyes of the city natives, and if he’s stingy and stays out of trouble, it will buy him a plot of river land.

But the splendor of Qabbat’lee is a mirage disguising a grotesquerie of corruption. When Kelemun and Ja’bar’s threads of fate entwine on a night of chilling betrayal, their only hope for redemption and survival may lie in one another. 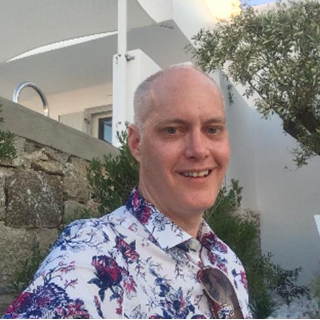 Andrew J. Peters is an award-winning author, an educator and an activist. His novel The City of Seven Gods won the 2017 Silver Falchion award for Best Horror/Fantasy and was a finalist for 2016 Sci Fi/Fantasy Book of the Year at the Foreword INDIES. His Werecat series was a 2016 Readers’ Choice finalist at The Romance Reviews. He has written two books for young adults (The Seventh Pleaide and Banished Sons of Poseidon), and he is the author of the adult novel Poseidon and Cleito.

In 2016, Andrew was featured in Loop Magazine’s “Four Must-Read Authors with Buffalo Ties.” (That’s Buffalo the city, not ties with buffaloes).

Andrew grew up in Buffalo, New York, studied psychology at Cornell University, and has spent most of his career as a social worker and an advocate for lesbian, gay, bisexual, and transgender youth. He has been a contributing writer at Queer Sci Fi, The Good Men Project, Gay YA, YA Highway, La Bloga, and All Romance e-Books (ARe) Café. He has also been an invited speaker/panelist at Bentcon, Killer Nashville International Writers’ Conference, the New York City Rainbow Book Fair, and Queens Book Festival, among other conferences and community events.

While writing, Andrew works as an administrator and an adjunct faculty at Adelphi University. He lives in New York City with his husband Genaro and their cat Chloë. 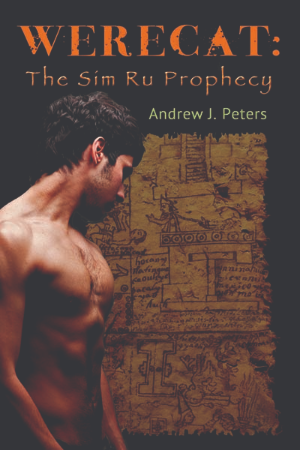