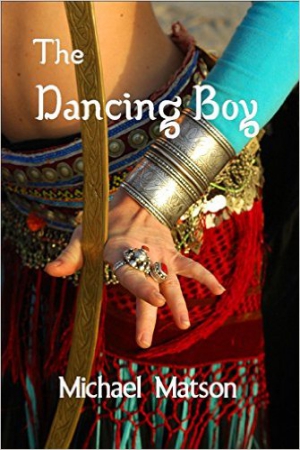 The Dancing Boy by Michael Matson is a mystery set in the Pacific Northwest. Treat Mikkelson lives on Drake Island in a small cabin by the water with his cat Ackerman. He's retired from a lifetime of studying and writing about crime, and keeps himself busy crabbing, fishing, and harvesting enough clams for dinner. This all changes when an elderly woman in a small, nearby tourist town is found at the foot of her stairs with a broken neck. Although the authorities are inclined to consider it an accident, a friend suspects foul play and asks Treat to investigate the matter.

Treat is an iconic, self-contained ex-Ranger with a penchant for garish Hawaiian shirts and a love for blues and Hawaiian music. He's a great study for a classic hard-boiled mystery, and the Pacific Northwest setting tweaks the traditional crime noir marvelously. Matson makes Western Washington come alive for the reader as Treat and local law enforcement learn the reason why Margaret Neilssen died and act to foil a Canadian drug-smuggling and child pornography ring. The Dancing Boy is great reading; fast-paced and absorbing, and you might find yourself considering a cabin on the water in the Pacific Northwest after reading it. 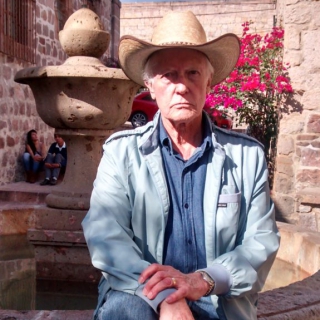 Michael Matson was born in Helena, Montana, and was immediately issued a 10-gallon Stetson and a pair of snakeskin boots. After formative years spent in New Jersey, North Carolina, New York, California, Hawaii and Japan, Michael earned a journalism degree from the University of Washington in Seattle. Following a brief military stint in Oklahoma, where he first encountered red, sticky mud, heavy rain and tarantulas, he returned to Seattle and worked as an advertising agency copywriter, creative director and video producer.

In 2007 he (regretfully) left Seattle for Mexico to have time to write and has since published The Diamond Tree, a fairytale for all ages (available at Amazon and Untreedreads.com); His book of western short stories The Chinese Girl and Other Western Short Stories has received 5 star reviews on Amazon. His second mystery novel, Fair Game, will be released by Full Moon Publishing in the fall of 2016.

He lives with his wife María Guadalupe (Tai), in Morelia, the colonial capital city of Michoacán, where, despite all the bad publicity give the area by U.S. news media, he has never seen a narcotraficante. His website is: www.findmichaelmatson.com