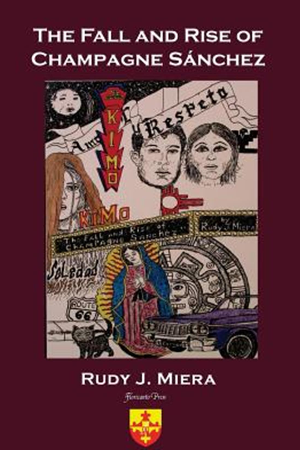 The Fall and Rise of Champagne Sanchez

Trouble always came for "Champagne" Sanchez...this time, the law was on trouble's side. Whether it is his attempts to make a living selling fireworks, vacuum cleaners or burritos, things can, and do, go terribly wrong.

"The Fall and Rise of 'Champagne' Sanchez," is a fast-paced modern narrative, set in Albuquerque, New Mexico. It is a "rags to riches to rejection to redemption" story. The witness to Champagne's Fall is his cousin, the street-smart newspaper reporter, Adelita Chavez.

The chronicler not only of the struggles of her cousin, but the scribe of her own observations of life around her (in the form of 'Journal Entries'); she writes of the pain of watching her mother deal with breast cancer and describes characters in the barrio from Dona Mariluz to Magdalena Moya. 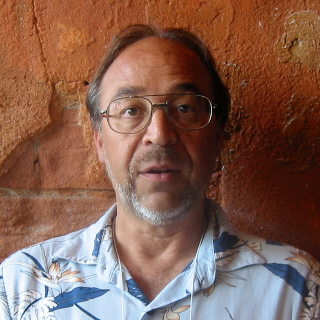 Born in Albuquerque, Rudy J. Miera began writing at Valley High School out of boredom in English classes, creating ‘stream-of- consciousness’ poems from which he extracted lyrics that he set to music. The Fall and Rise of ‘Champagne’ Sanchez draws on memories of life in Old Town (where he went to Elementary school and made fun of tourists, and was thrilled to meet Vincent Price at the Arts & Crafts Fair), the North Valley (where he had a paper route and played guitar in garage bands), and the South Valley (where his dad was a mailman and where he spent many Saturday nights, playing ‘hide and go seek’), and eventually taught English, art, history, etc. at the main campus of ‘School-on- Wheels, an alternative High School.

When Rudy began teaching at Foothill High (part of the Department of Corrections) his poems grew into short stories, his stories grew into Screenplays and one of his Screenplays became the plot outline for ‘Champagne.’ He has had his stage plays produced in community centers, parks, the Experimental Theater (at U.N.M.) and at the KiMo theater. Rudy lives in Corrales where he enjoys long walks and talks with his wife, MariAnne, by the ‘clear ditch.’ Miera recently put the finishing touches on his play, Adelita Sanchez – Harvey Girl, about waitresses in train depot restaurants.

A native New Mexican, Rudy J. Miera was born in Albuquerque, and grew up in the North Valley. Rudy’s Screenplays have placed in competitions (the Lone Star Competition, Cyclone Productions, etc.), and his poetry has been published in: "Chiricú," "New Kauri," "Very Large Array," "Voices From the Outside," "The Albuquerque Tribune," etc. His essays have appeared in: "The Voice" (National Writing Project), "English Journal," "Narratives," "The Corrales Comment," "La Herencia," etc. Other Dramatic works that Rudy has written and had produced include: "Día de Los Muertos" (KiMo Theater), "Valz Con La Muerte" (touring show), and he has been the musical director for several plays at the National Hispanic Cultural Center, including Bless Me, Última and The Farolitos of Christmas” (both by Rudolfo Anaya).