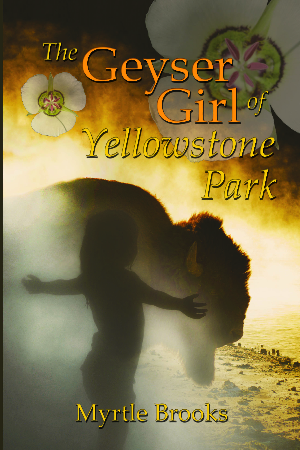 The Geyser Girl of Yellowstone Park

In Yellowstone National Park at the turn of the twentieth century, an infant of mysterious origin is adopted by Old Faithful geyser and by a mother buffalo named Bearer of Song. Beloved to all the park, Flower of the Steam Basin grows up with their stories, proverbial sayings and teachings: in a land where the animals, winds, and geysers speak their own languages.

Having met a child her age and her parents, trust ripens between families, and Flower of the Steam Basin gains a closely protective circle of human friends. At nine, she is brought face-to-face with Retired Lieutenant Ned Halpen of the Yellowstone Cavalry, whose exemplary career embodied the role of protector of Yellowstone’s spiritual and physical heritage.

In the wake of Lt. Halpen’s passing, her sacred vow to continue his legacy brings both reward and mortal danger. And when the circle is breached, Flower of the Steam Basin and her father are forced to choose between her well-being and the performance of her sworn duties. This is her story as seen through the eyes of Yellowstone. 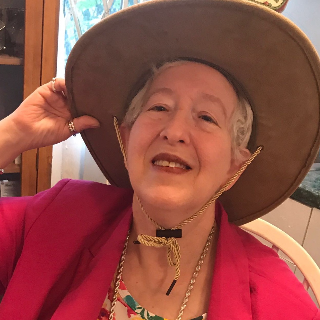 As written beneath her yearbook photo, Class of 1970, the expressed lifetime goal of the author herein known as Myrtle Brooks, is "to realize the love present in everything."

Author of The Geyser Girl of Yellowstone Park and Songs to New York, she was born in Manhattan and spent her first two years in Jackson Heights, Queens, before moving upstate. The year 2018 marks the 27th anniversary of her return home to New York City.

When not at home in her beloved Brooklyn, N.Y., she may be found dancing with the big rigs on the interstate as she heads for national parks and places of quiet beauty. 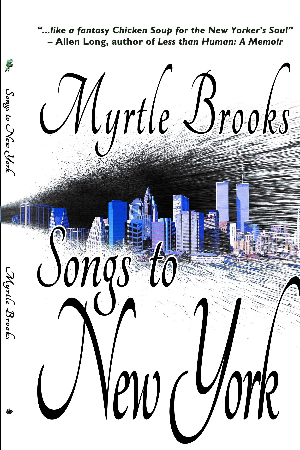