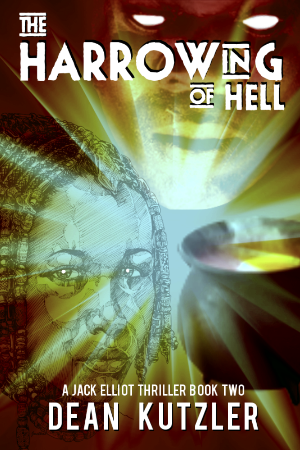 The Harrowing of Hell – A Jack Elliot Thriller Book 2

Would you destroy humanity’s only hope to kill its biggest injustice?

Deep in the heart of the Congo, a dangerous secret has been hidden from humanity for its protection. A secret linked to something so unjust that it has haunted the human race from the start of religion, and still exists today. If discovered, the veil of hope humanity holds so dear will be torn down and thrown away. Life will literally become worthless.

There is also a dangerous artifact hidden along with the secret, one that claims to hold the power of resurrection. If this power falls into the wrong hands, there will be no stopping whoever wields the ancient item.

Jack and Calvin fly into the dangerous jungles of Africa to find the dangerous artifact and soon discover their biggest adversary, the clandestine organization called the Bene Elohim, is also searching for the relic.

As they seek out an old man living somewhere along the Congo River that supposedly has knowledge that will help them find the artifact, a mysterious teenage boy abducts Jack. With a machete in each hand and only a direction to follow, Calvin runs off into the jungle in hot pursuit, both arms swinging!

Will Calvin save Jack? Do they find the artifact and face destroying the only hope mankind has left?

The Harrowing of Hell, the second adventure in The Jack Elliot Thriller Series, is sure to deliver fast-paced, thrilling action and adventure that isn't laced with guns, bombs and nuclear genocide—but loaded with mind bombs that'll have you thinking twice! It's brilliantly plotted, full of twists and its feet are fully submerged in suspense. 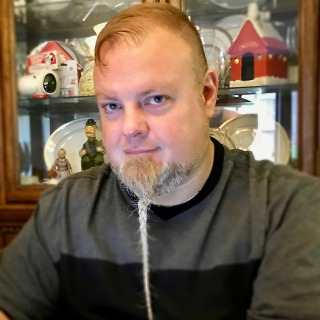 Philadelphia's Thriller Author, Dean Kutzler, is a #1 bestselling author that writes fast-paced thrillers entrenched with surprisingly true facts hidden around the world. Brownstone is the first book in The Jack Elliot Series.

Dean Kutzler started out in the annals of accounting, fully submerged and drowning in a sea of boring analytical journals, he decided that a non-creative life was not the life for him.

In 2012 he finally found a life preserver and pulled his way to the top of all that boring data and quickly (and happily) dove right into the creative world of...well?

He invites you into the world of Jack Elliot and his fictional adventures where he twists real-life secrets into his path, enlightening every reader! 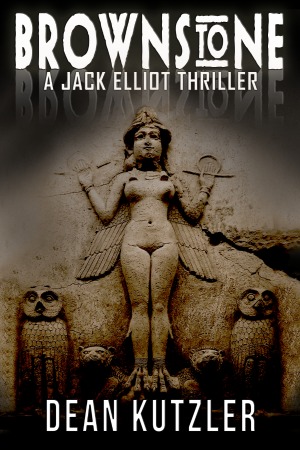