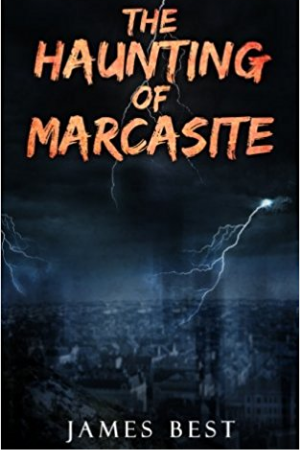 The Haunting of Marcasite

Marcasite is a small western town built with the idea it would be a gem on the flat prairie. Little did the founders fail to consider to into account was the area they chose. It turned out Marcasite would be haunted by ghoul and werewolf creatures. These noxious, fiendish foreign intruders attacked during each severe spring storm right through to the fall. More and more people were being killed murdered and others simply were carried away with out a trace.

Their precious gem and oasis was being destroyed by macabre obnoxious invaders from the far away Milky Way. How could they defend against such terrible heinous beings ? The town of Marcasite did not have any means to know when or catch these creatures who showed up in the flashes of lightning in the severe storms.

Then for some stunning reason things changed which allowed ghoul and werewolf creatures to come out in the dead of the winter month. This was the only time the residents felt safe. Now what could they do about this ominous destructive switch in being attacked. 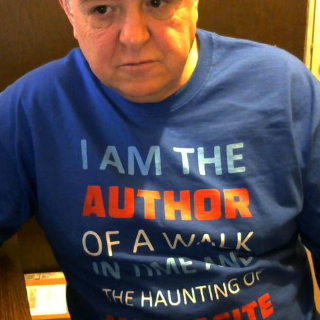 I am a Canadian author with two books published. My first book is called A Walk in Time. My second book is called The Haunting of Marcasite. I have found readers do enjoy the covers of my books which gets them to pick up my books or e-books. I hope to hear from readers once they finish my books.

I also have a blog on wordpress.com I write my blogs to explore thoughts on different subjects. When I start my blogs it is what ever is on my mind sometimes I have a subject before I begin. I find most readers of my blogs enjoy ones with aliens and ghost in them.

I really enjoy writing and creating fictional experiences. places, people, time periods and putting them together to entice readers attentions on each page. Also the art work on the covers are designed to pull readers inside to explore my works. 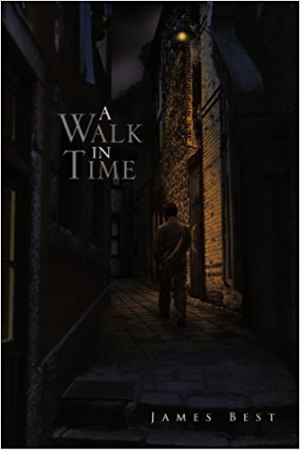 A Walk in Time