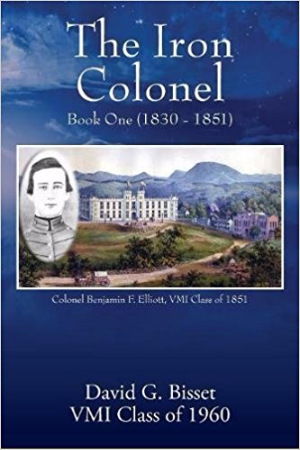 JOURNEY INTO MANHOOD: FARM BOY, CADET AND "IRON COLONEL"... His fathers' brutal murder on a dusty rural Virginia road and its' subsequent trial, thrusts a youthful Benjamin Elliott into his own life-long personal trial. His trial begins in the historic and beautiful Shenandoah Valley in the very early days of the founding of the Virginia Military Institute in 1839.

Just a few months after the turbulent outcome of the trial of his fathers' killer in 1848, Benjamin enters a newly minted, struggling VMI with its' strict military educational style. Here, in a historically developed landscape, Elliott begins to find his place in a nineteenth century Antebellum South, amidst the growing disparity and turmoil of a nation expanding by change and conflict. His time in this hard-scrubbed barracks system will be character building, as it always has been. The Institute has ever been a fine educational program but not one for the faint of heart. It is and has been both a challenge and a glorious opportunity for so many of its thousands of graduates, many of whom have gone on to excel in all manner of career endeavors.

Elliott now finds himself, riding the crest of a wave of a new, expanding and dangerous America. His time, much like that his notable ancestors had encountered since colonial times, was to be full of newly discovered talents and adventure. This first book of a planned trilogy series will present only the first twenty or so years of his life until the time he strikes out for the gold fields of California in 1851. It will impart not just his trying days at VMI and the Institute's physical evolution but additionally will unveil the major national political, economic and social events occurring during his cadetship. Benjamin F. Elliott, an ordinary Virginia farm boy, will grow into an extra ordinary man. A man who, in the days of an approaching American storm and conflict, will emerge as the Confederacy's "Iron Colonel" of the Trans-Mississippi Region. 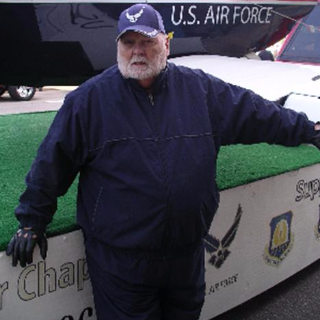 A life-long historian and writer, former USAF officer and educator, David G. Bisset, a 1960 VMI graduate and holder of some four advanced degrees, has done due diligence in writing the life of Benjamin F. Elliott, VMI, Class of 1851. Lt. Colonel Bisset has exhaustively researched and quantified Elliott's life from farm boy and VMI cadet to becoming an extra ordinary Confederate cavalry officer in the Trans-Mississippi Region of the Civil War. Lt. Colonel David Bisset has lived in Virginia Beach where he and his family continue to engage in the curiosity of a good life.