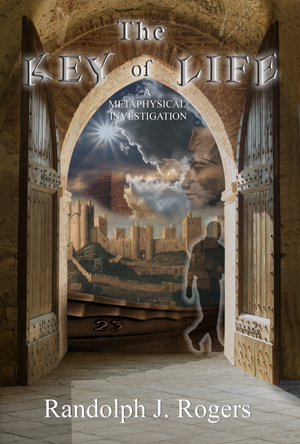 The Key of Life – A Metaphysical Investigation

In everyone’s life, there comes a time to question their reason for existence. For Randy Rogers, that journey began on a cool, clear, June day in 1995, soon after his move into a new home, when a feeling swept over him that an old friend from grade school had just passed away. He had not seen Kathy Lynch for more than twenty years, but now he couldn’t get her, or the feeling that she was dead, out of his mind. His former background in journalism compelled him into an intense search to discover what became of Kathy, an investigation which quickly turned into an obsession driven by dreams and a pattern of synchronistic events. Along this journey, he found himself, Kathy, and a mysterious author named L.W. Rogers all linked together in the past. The pieces of a much-larger puzzle began to unfold, as his prophecies became a life-altering reality of past lives, present circumstances and reincarnation.

Beginning with a dream in which Randy hears Kathy calling out to him, Find out what happened to me! Tell all my friends…they don’t know…find out…tell them! He was soon to discover that what she wanted everyone, especially him, to know was that she wasn’t dead…because, she said, we never die! From that point on, acupuncture-induced regression sessions facilitate a metaphysical journey that often has him questioning his own sanity. Indeed, the ensuing emotional ride more than once threatens everything he had worked so hard to accomplish in life. Only his ineluctable belief that events would occur to prove him to be on the right course sustains him through this ordeal.

The Key of Life: A Metaphysical Investigation is a gripping, true story about who we are, why we are here and how we are all connected. And the very essence of that bond of humanity is meticulously documented as you follow the author’s quest, first for the truth and then the proof, toward an ending that lovingly reveals itself to be merely the beginning. 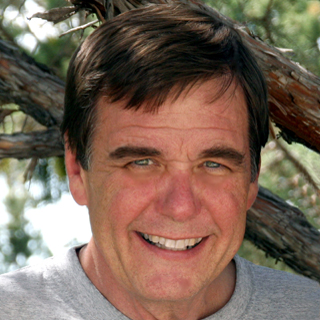 Randy Rogers is a hypno-therapist specializing in past life regression. He is also president of Telefilm, Inc., his production company that handled the promotion of Hollywood blockbusters like The Matrix, Harry Potter, Pearl Harbor, Batman, Superman, Shrek and Indiana Jones. A career spanning four decades in newspapers, television and motion pictures—working for and with such companies as NBC News, Disney, Warner Bros., Paramount, Universal Pictures, MGM, Lionsgate, Sony and DreamWorks—has earned him several Emmy nominations and numerous press club awards. He resides in Bend, Oregon.