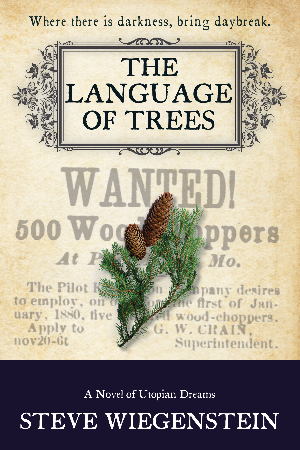 The Language of Trees

The inhabitants of Daybreak, a quiet 19th-century utopian community, are courted by a powerful lumber and mining trust and must search their souls as the lure of sudden wealth tests ideals that to some now seem antique. And the courtship isn't just financial. Love, lust, deception, ambition, violence, repentance, and reconciliation abound as the citizens of Daybreak try to live out oft-scorned values in a world that is changing around them with terrifying speed.

"In Steve Wiegenstein's new novel, The Language of Trees, a stunning balance of love and power occurs, between women and men, between wilderness and human ambition, and between the varied machinations of the body and the multivalent clarion of the spirit borne by those who people this fine work of historical fiction. The Language of Trees is aware of transcendent love, wise and clear-eyed with regard to human greed, and thrilling in its descent into both and emergence into greater life." - Shann Ray, National Endowment for the Arts Fellow and American Book Award winning author of American Copper, Balefire, and American Masculine

“What an Ozarks miracle Steve Wiegenstein has conjured in Daybreak―a communal hamlet, then a utopian community nearly as intricate in its generations and personalities as Stay More or West Table! Yet Daybreak seethes with its own raw idealisms, yearnings, ambitions, and loves. In The Language of Trees you will fall head over heels for Josephine Mercadier. And like Ozarks heroines in those unforgettable, fabled places she, and Daybreak, will ever be inviting you back.” ―Steve Yates, author of The Legend of the Albino Farm, the Knickerbocker Prize-winning Sandy and Wayne, and the Juniper Prize-winning Some Kinds of Love: Stories. 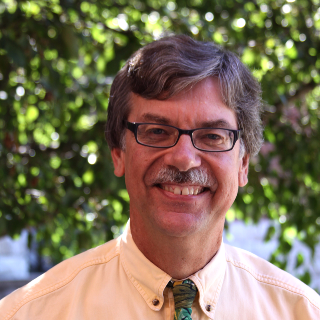 Steve Wiegenstein is the author of The Language of Trees (2017), This Old World (2014), and Slant of Light (2012). All are published by Blank Slate Press, a literary small press in St. Louis. Slant of Light was the runner-up for the Langum Prize in American Historical Fiction, and This Old World was a shortlisted finalist for the M.M. Bennetts Award in Historical Fiction.

Steve grew up in the Ozarks, the setting for his novel series, and worked there as a newspaper reporter before entering the field of higher education. He is an avid hiker and canoeist who hits the trails and float streams of the Ozarks every chance he gets.

Steve lives in Columbia, Missouri. He loves to speak at libraries, civic organizations, and other groups as part of the Missouri Humanities Council's "Show-Me Speakers Bureau." 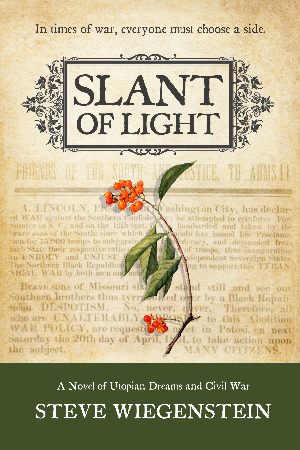 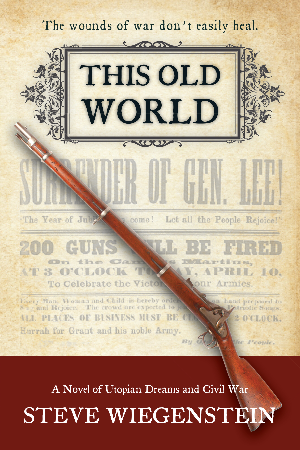