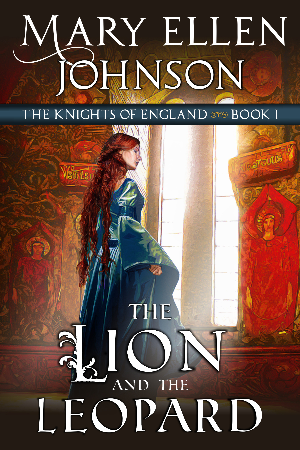 The Lion And The Leopard – Knights of England Series

Maria Rendell has tried to be a dutiful daughter and later, a dutiful wife, which should be easy. For hasn’t she married a knight about whom minstrels sing, a knight who saved the life of Edward II’s half-brother, Richard of Sussex, at the Battle of Bannockburn?

But Maria’s husband, Phillip Rendell, cannot happily settle down as husband and lord of Fordwich Castle. Maria fears Phillip has the mark of Cain upon him for he is always seeking something…more, something just beyond his reach. And while Maria desperately loves her husband, she is also drawn to their liege lord, Richard of Sussex. As he is to her.

After Phillip abandons Maria to indulge his wanderlust, she turns to Richard. Their passionate affair unfolds against the background of a crumbling kingdom. Edward II’s barons rebel against him and execute his favorites; across the channel, his wife, Isabella, the She-Wolf of France, and her lover ready for an invasion.

While Richard remains faithful to his half-brother, he is one of the few. King Edward is captured and imprisoned. As Richard and Maria make ready to flee to safety, Phillip returns, unaware that his wife and his lord have betrayed him.

The day of reckoning is at hand--not only for Maria, Richard, and Phillip, but for that most unfortunate of Plantagenet kings, Edward II. 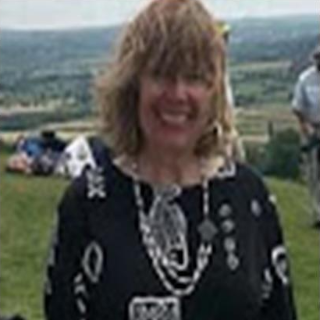 Mary Ellen Johnson’s writing career was sparked by her passion for Medieval England. Her first medieval historical book, The Lion and the Leopard, was followed by The Landlord’s Black-Eyed Daughter, a historical novel based on the Alfred Noyes poem, “The Highwayman.” (Published under the pseudonym, Mary Ellen Dennis.) Landlord was chosen as one of the top 100 historical romances of 2013.

After taking a twenty year detour in a quixotic quest to change the world--rather like Arthurian knights’ quests to find the holy grail, which ended in similar failure— Mary Ellen has happily returned to historical fiction writing and her favorite time period, the tumultuous fourteenth century. Her five book series, Knights of England, follows the fortunes of the characters (and their progeny) introduced in The Lion and the Leopard through the Black Death, the reign of that most gloriously medieval of monarchs, Edward III, the 1381 Peasants’ Revolt, and ends with the deposition and murder of Richard II in 1399.

There is nothing Mary Ellen loves more than bringing Medieval England alive for the reader. She particularly enjoys researching battles, campaigns, the daily lives of both lord and peasant, and trying to figure out our ancestors’ thought processes, particularly how they viewed their world. Oh, and did she mention the castles and cathedrals? Mary Ellen likes to say her favorite place in all the world is standing before the tomb of the Black Prince in Canterbury Cathedral.

Something of interest, at least to Mary Ellen: when her genealogy was traced she found that she is related to many of those she's spent a lifetime reading and writing about—including John of Gaunt, Edward the Black Prince, Edward II, Edward III, even Richard the Lionheart! How can that be? Genetic memory? Reincarnation? Mary Ellen has no idea but you can bet she’ll be exploring the possibilities in future novels! 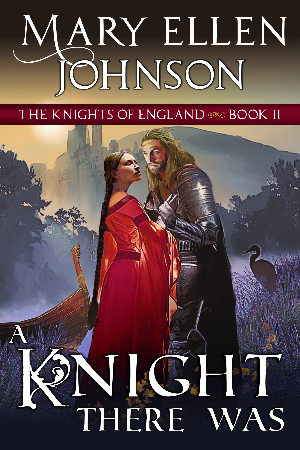 A Knight There Was 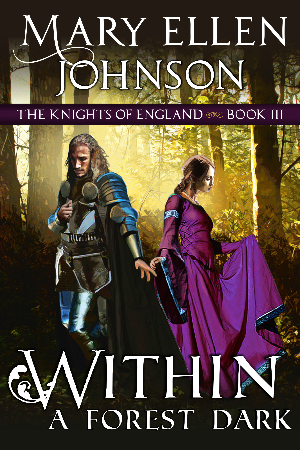 Within A Forest Dark