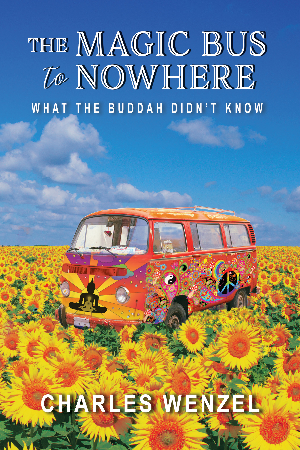 The Magic Bus to Nowhere – What The Buddha Didn't Know

Counterfeit spirituality can be very enticing to anyone who doesn't intimately know the biblical Jesus. For almost thirty-years the author was on a journey--initially an adventure--to discover who we are, why we're here, and our destiny. The mystical narrative suggests there are no eternal consequences for being a passive or active seeker,; that one has as many lifetimes as they need to Awaken. The Bible warns us to the contrary, and "to choose this day ... this life" what one's future will be.

These dissimilar paths do cross every now and then, which can give the unwary the false impression they both lead to the same destination. In fact, at such points of intersection (an example being the Bible's, "The kingdom of God is within you") the counterfeit can seem to be more inclusive than the genuine. However, the counterfeit is demonstratively less inclusive as to reaching the goal of life, as mystical 'truth' thwarts anyone who remains captive to it.

Until the information in this book, the controversy seemed unresolvable. But by using the very words of its mystical adherents in context, the actual identity of the Force, the so-called 'God Within,' is discovered to be a powerless entity who cannot even save himself. So, before you--or someone you love, a friend, or acquaintance--follows after the 'light from the East,' come see what is behind the occluded veil.

Born in the Midwest, adventured about as a hippy, raised a family in NJ, and retired in to the San Juan Mountains in SW Colorado. Trained to be a teacher, but earned a living as a craftsman. Spent nearly three-decades of my journey on the mystical path, which led me back to Christ. The stark contrast between the two lead me to write a book, which reveals the actual identity of the Mystery of mysticism. My purpose is to uncover and share what the human heart is after: the blessings of God. I have been surprised to find that God's wisdom is available to anyone who hungers for it; just as the Bible says.