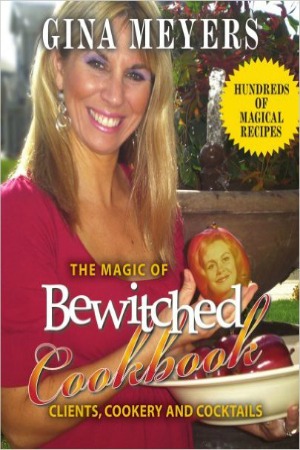 The Magic of Bewitched Cookbook – Clients, Cookery and Cocktails

Want to cook fun easy meals while remembering one of your Beloved 1960's sitcoms Bewitched? "Well", as Samantha would say hop on your brooms with an appetite and take a nostalgic flight back to yesteryear with The Magic of Bewitched Cookbook: Clients, Cookery and Cocktails. A magical cookbook with plenty of culinary classics that unthaws the proverbial TV dinner and brings to life delectable desserts, mouth watering main dishes, scrumptious appetizers, yummy breakfast treats, satisfying soups and sandwiches, and beverages sure to please any mere mortal. Find out what Darrin Stephens favorite meal is and what's boiling in Serena's Saucy Guide to Life, get advice from Bewitched's resident boss, Larry Tate with his little black book of hangover remedy cures. Get Gladys Kravitz, world's noisiest neighbor sugar cookie recipe, fly on over to the Clients Coming Over In An Instant Appetizers, and pull up a chair in the Tales of Toadstools and Barstools with Dr. Bombay's Sure to Cure Favorite Home Remedy drink. The Caldron is stirring up a tasty Witches Brew in Madison Avenue Mocktails. The Magic of Bewitched Cookbook has helpful kitchen tips, trivia tidbits, rare photographs, a listing of McMann and Tate Advertising Clients, an index and great recipes! No magic wands needed, just cooking the old fashioned messy mortal way! 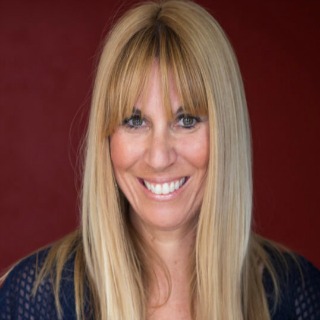 Gina Meyers is best known for her popular culture television trivia and cooking expertise books related to the Twilight Saga, Harry Potter, and the iconic television show Bewitched. She is the proud winner of the prestigious Gourmand International Cookbook Award for Best Charity Cookbook in the world, Hope For Haiti. Paris, France March, 2012.

From an early age, Gina has had a passion for the culinary arts, experimenting in the kitchen with baking and creating anything yummy and unique. http://www.ginameyers.com

Gina has been a television consultant for Popstar! Magazine, Columbia Pictures Television, as well as Nickelodeon Magazine. She is a featured regular on national radio and television programs as a cooking expert. Gina has also worked for Xerox and Google Corporation.

Gina is the owner of Serendipity Media Group, a global publishing, marketing, and promotions company. With Serendipity Media’s help, many authors have also found international success and recognition. http://www.serendipitymediagroup.com