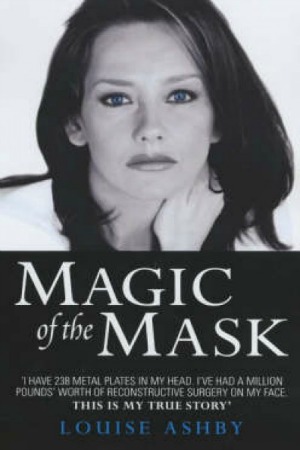 The Magic of The Mask – This is the true story of a real-life million-dollar woman.

The Magic of the Mask is the story of a young actress who moved to Los Angeles to pursue her dreams, shortly after losing her mother to a long battle with cancer. With new hope, promises of a bright future and a role on a hit television show, Louise Ashby felt like maybe things were finally going to go her way.

Six weeks after her arrival in LA, driving with a friend in her ford mustang convertible, two blocks from her rented apartment, her life was to change forever. Five days later Louise came round from a coma in the ICU at Cedars Sinai with family and friends who'd flown in from London to say their goodbyes. Unable to move her head or body and only seeing from one eye, their faces told her something was very wrong.

This memoir tells of the strength of the human spirit; how a woman lost her face and over ten years and 28 reconstructive surgeries is rebuilt. Louise has to learn to live with a traumatic brain injury, the loss of her left eye, senses of smell and taste, neck and spine injury and her life long dream. It is a story of survival, friendships, love, living in the moment, facing your demons and rebuilding your life. 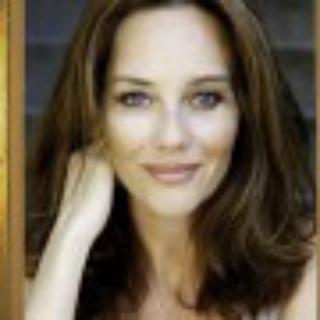 Louise Ashby is a successful author, columnist, Inspirational speaker and coach who has appeared on the world's most prominent talk and radio shows (Larry King, Fox News, The Late Show, 20/20, A Current Affair etc) discussing her expertise on Life after trauma, the Law of Attraction, her Toolbox to Success, spirituality and Survival. She has helped thousands of individuals realize their dreams and their true purpose. Louise calls herself a Life Architect and will help you design the blueprint for your ultimate life.

In 2002 Louise’s first memoir, The Magic of the Mask, was published. The Magic of the Mask inspired others to find the strength to get through their own life changing traumas and had Louise appearing on television internationally to talk about facial disfigurement and trauma and loss, and to spread a message of hope and strength. On the back of appearances on the shows Larry King Live, A Current Affair, The Tonight Show, 20/20, Montel Williams, Channel Four News and Fox 11 News, and features in Time, Newsweek, People, Elle, Glamour and Marie Claire, Louise was inundated with letters of praise from the public. The overwhelming positive response confirmed for Louise that there was value in her message and with her doctor she founded the charity, Facing Forward, which still to date raises money for reconstructive surgery and medical care for children who are born with facial deformities.

Today Louise is working on her second memoir, and several other books including; a children’s book, a self-help book. She also travels the world speaking and teaching workshops. Louise has her own company where she works as a Life Architect, helping others rebuild their lives including working with non profits and most recently those who are suffering from PTSD, traumatic brain injuries and other life changing injuries or addiction.