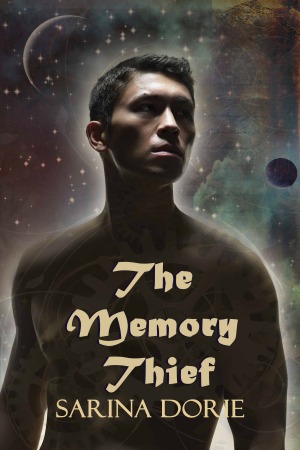 What would the Victorian era look like if they had “rediscovered” space flight? Would the British really be interested in colonizing the continent of America if they could colonize an entire planet?

Imagine a Neo-Victorian alternate history romance set on a shogun-like planet. Felicity is a young lady betrothed to a British noble of rank and fortune who will someday inherit a space station. Her life should be happy and perfect. Alas, she fears she will never achieve happiness—or wholeness—until her memories have been returned by the man who stole them.

In pursuit of her past, Felicity returns to an alien planet where she once encountered descendants of Japanese colonists from Earth who had settled millennia before. After a seven year absence, she finds the world much changed. The climate and geography have been altered, the planet has been colonized by her own Victorian culture, destroyed by unethical surveyors, and she is told the man she believes may have stolen her memories—a man she once loved and trusted—is dead. Her only hope for finding answers about her mysterious past is performing the Jomon courtship ritual of memory exchange. The idea of trusting another man enough to perform the ritual after what she has been through is too much and she doesn’t know if she can go through with it. Worse yet, she finds herself falling in love with the alien planet’s leader, even though she is already engaged. Only when she learns to let go of her fears can she learn the secrets that may aid in the freedom of the Jomon people—and herself. 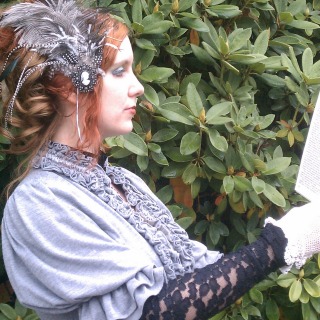 Sarina Dorie has sold over 100 short stories to markets like Daily Science Fiction, Magazine of Fantasy and Science Fiction, Orson Scott Card’s IGMS, Cosmos, and Sword and Laser. Her stories and published novels have won humor and Romance Writer of America awards. Her steampunk romance series, The Memory Thief and her collections, Fairies, Robots and Unicorns—Oh My! and Ghosts, Werewolves and Zombies—Oh My! are available on Amazon.

By day, Sarina is a public school art teacher, artist, belly dance performer and instructor, copy editor, fashion designer, event organizer and probably a few other things. By night, she writes. As you might imagine, this leaves little time for sleep.

You can find info about her short stories and novels on her website: www.sarinadorie.com