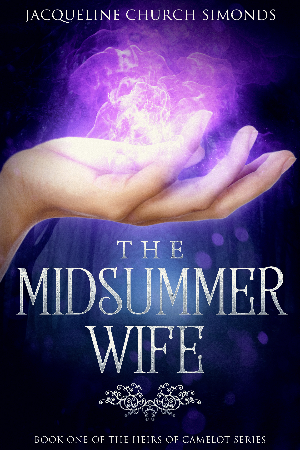 The Midsummer Wife – Book 1 of the Heirs to Camelot

The reincarnated souls of King Arthur, Merlin, and an anxiety-ridden priestess return to save Britain after a devastating nuclear attack, only to find an old foe: Morgaine. After a nuclear attack on London that heralds The Time Foretold, Ava Cerdwin, the high priestess in charge of fulfilling a 1,500-year-old prophecy, must assist the heirs of King Arthur and Merlin in healing the devastated country. The descendants of Britain’s great men of legend have kept the myths and relics for sixty-one generations, but no one is quite clear on what they must do next. Nothing goes as planned: Ava falls for the wrong heir, the panic attacks are getting worse, the complex obligations of reincarnation are straining old relationships, and Morgaine and her henchwomen are trying to kill them. Somehow, some way, Ava has to make the Healing happen, or Britain is finished.

The Midsummer Wife, Book One of the Heirs to Camelot is an urban fantasy that combines Arthurian lore, love, and a race to a breathtaking finish.

“Sex, magic, and power collide in this [Urban] Fantasy that begins when a devastating terrorist attack on modern London sparks the long-foretold return of King Arthur to heal Britain. Simonds boldly continues the Arthurian saga into the present day, as heirs to Arthur, Merlin, and the woman both men once loved struggle to understand and fulfill their destinies and outwit the sinister agenda of the sorceress Morgaine.” ~ Lisa Jensen, author Alias Hook and Beast: A Love Story 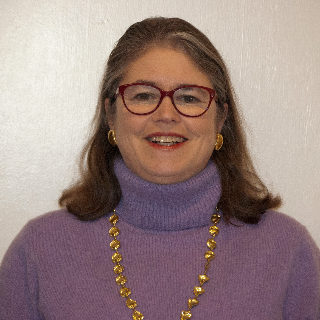 Jacqueline Church Simonds is an author and publishing consultant. Her first published book was CAPTAIN MARY, BUCCANEER, a historical adventure novel loosely based on the real pirate women Ann Bonney and Mary Reade.

Simonds has done the usual authorly wanderings in life: she was a lady’s companion, a sound and lights roadie for a small Southern rock band, and managed an antiques shop. She’s sold everything from computers to 1950s pulp magazines to towels and baby clothes. The one constant in her life is a love of words, books and writing. She sold some short stories and poetry early, but didn’t pursue it.

It was a return to college in her thirties that rekindled her desire to write. She submitted a novel for her honors project at the University of Maryland, Baltimore County. She was also the fiction editor for the school’s literary magazine, Bartleby.

After the debut of CAPTAIN MARY, Simonds became deeply involved with small presses and the marketing thereof. She opened a small press with her husband and eventually published twelve books. They also provided publishing services and helped in the production of thirty-seven books, many of them national award winners. Because distribution is difficult for small presses to acquire, they opened a distribution business that at one point handled forty-three titles.

But all that distracted Simonds from writing. Once the distribution business was closed and she went to full-time consulting, she had time to return to her first love. THE MIDSUMMER WIFE is the first book in "The Heirs to Camelot" series; a prequel, THE PRIESTESS OF CAMELOT has also been released. Books 2 (THE SOLSTICE BRIDE) and 3 (MISTRESS OF THE ROSE MOON) are due out in 2019. All the books are published by Strange Fiction Press/Vagabondage Press of Florida.

She lives in Reno, Nevada with her husband and beagle. 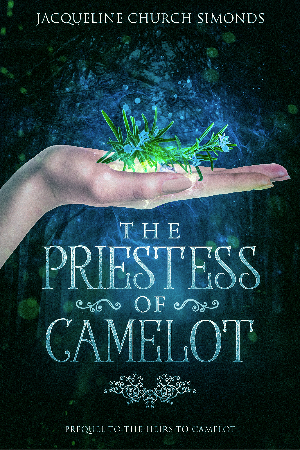 The Priestess of Camelot